Home Blue Lines “You’re about to get arrested,” Florida Commissioner suspended after impersonating a deputy 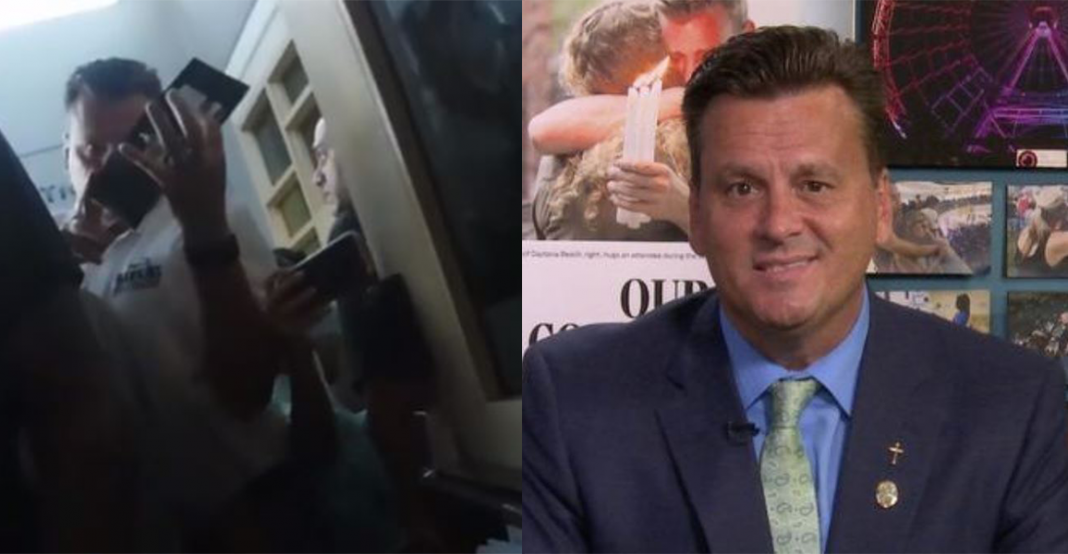 DeSantis’ decision to remove Hawkins of St. Cloud from his county post came after Hawkins was charged July 20 with impersonating a police officer, a felony, after an investigation by the Florida Department of Law Enforcement.

Hawkins declared he was “a sheriff,” flashed a badge and pushed past a private security guard when she wouldn’t allow him to enter a Turnberry Reserve Homeowners Association meeting in November, according to FDLE. Only residents were allowed in the meeting and Hawkins is not a resident.

Hawkins does not work for the Osceola County Sheriff, but was given the “honorary” title of “special deputy,” which doesn’t grant him any police powers, FDLE said.

Christina Johnson, a spokeswoman for Hawkins’ campaign, called the charges political and said he will continue to campaign for House District 42 and defend himself.

“Make no mistake that Fred Hawkins most certainly remains a candidate for the Florida House,” she said in a statement. “In fact, if he wasn’t a candidate running for political office, this charge would never have seen the light of day. We find it curious that while this incident happened last November, with many having online access to the HOA videotape, that it took eight months to file a charge. This continues to be nothing more than a political witch hunt and these charges will be vigorously defended.”

Asked if Hawkins should remain in the race, DeSantis, through a spokesman, left that decision up to voters.

“The Governor believes the voters of House District 42 will make the best choice for their community,” said Cody McCloud, press secretary for DeSantis.

The next highest fundraiser in the Republican primary is Liebnitzky, who has raised close to $16,000. Cady has raised about $37,000.

The November incident was caught on video by the private security guard.

“I am with the Sheriff’s Office,” Hawkins told the guard, Ailyn De Pena, whose body camera captured the encounter. “You’re about to get arrested.”

De Pena was arrested on charges of battery and resisting arrest, but the case against her was dropped.

An executive order, signed by DeSantis July 31, bans Hawkins from “performing any official act, duty, or function of public office; from receiving any pay or allowance; and from being entitled to any of the emoluments or privileges of public office during the period of this suspension.”

Hawkins is a three-term commissioner who represented rural District 5, which includes St. Cloud and stretches south to Indian River County and east to Brevard.

This is a developing story. Please check back for updates.

Debate Was ‘Two on One’ but Still ‘Fun’