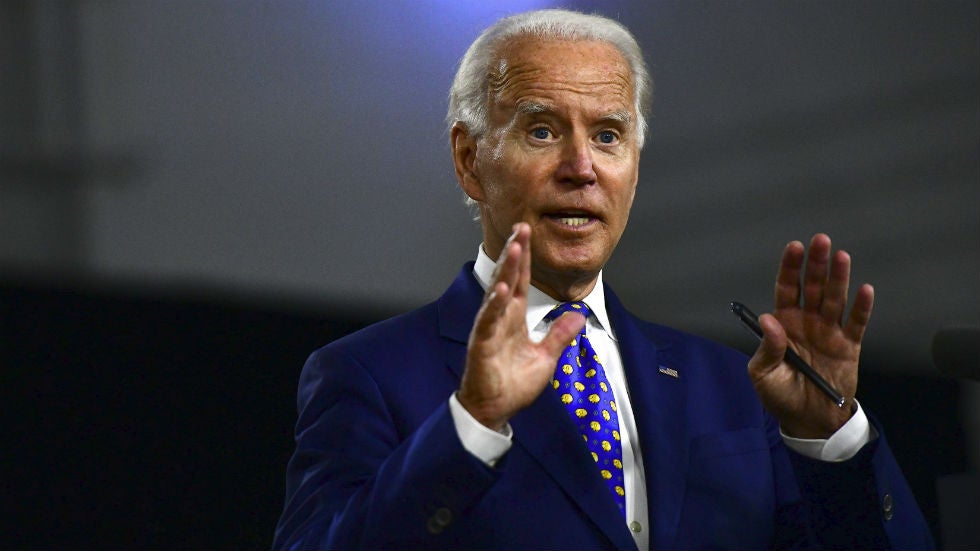 Donald John TrumpJoe Arpaio loses bid for his old position as sheriff Trump brushes off view that Russia denigrating Biden: ‘Nobody’s been tougher on Russia than I have’ Trump tees up executive orders on economy but won’t sign yet MORE’s executive order to cut payroll taxes “a reckless war on Social Security.”

One of the several orders Trump signed from his private club in Bedminster, N.J., Saturday afternoon directs the Treasury Department to allow employers to defer payment of employee-side Social Security payroll taxes through the end of the year for Americans making less than roughly $100,000 annually.

Trump also said that he intends to forgive the deferred payroll taxes and make permanent payroll tax cuts if he is reelected in November.

In an emailed statement addressing the president’s order, Biden said that such a move would “undermine the entire financial footing of Social Security.”

The presumptive Democratic nominee said that unlike the 2012 payroll tax plan put forth by the Obama administration, Trump’s executive order does not appear to include “protections or guarantees that the Social Security Trust Fund will be made whole.”

“He is laying out his roadmap to cutting Social Security,” Biden said. “Our seniors and millions of Americans with disabilities are under enough stress without Trump putting their hard-earned Social Security benefits in doubt.”

It remains unclear if Trump has the legal authority to suspend payroll taxes by executive action, and the president intimated during a question-and-answer session with reporters Saturday that he is expecting a lawsuit to challenge his move.