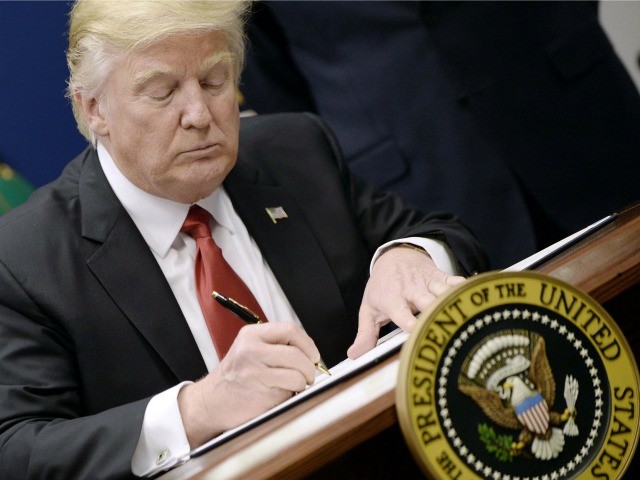 President Donald Trump signed an executive order for a payroll tax holiday at his club in Bedminster, New Jersey on Saturday.

“The very important thing is that people want it and the people needed, actually,” Trump said, noting that Republicans and Democrats in Congress could not reach a deal.

The president said that the payroll tax holiday would apply to Americans earning less than $100,000 a year.

“If I am victorious on November 3rd, I plan to forgive these taxes and make permanent cuts to the payroll tax,” he said.

Trump added that he might even “terminate” the tax or make permanent changes. A group of supporters joined the president at his press conference announcing the news and cheered as the president signed the orders.

“Biden probably won’t be doing that. You’ll have to ask him. I don’t think he knows what he’s doing,” he said, as his supporters chuckled.

The president also said he would provide a federal unemployment enhancement of $400 per week, but that states would pay for 25 percent of the cost. He also signed a moratorium on evictions and student loan payment deferments.

“The Democrats have obstructed people from getting desperately needed help,” Trump said.

The president said he would find ways to use existing funds already passed by Congress for coronavirus relief to help Americans fight the virus and the economic struggles from the lockdowns.