Home Blue Lines Mayor gives LAPD authority to cut off utilities of anyone having large... 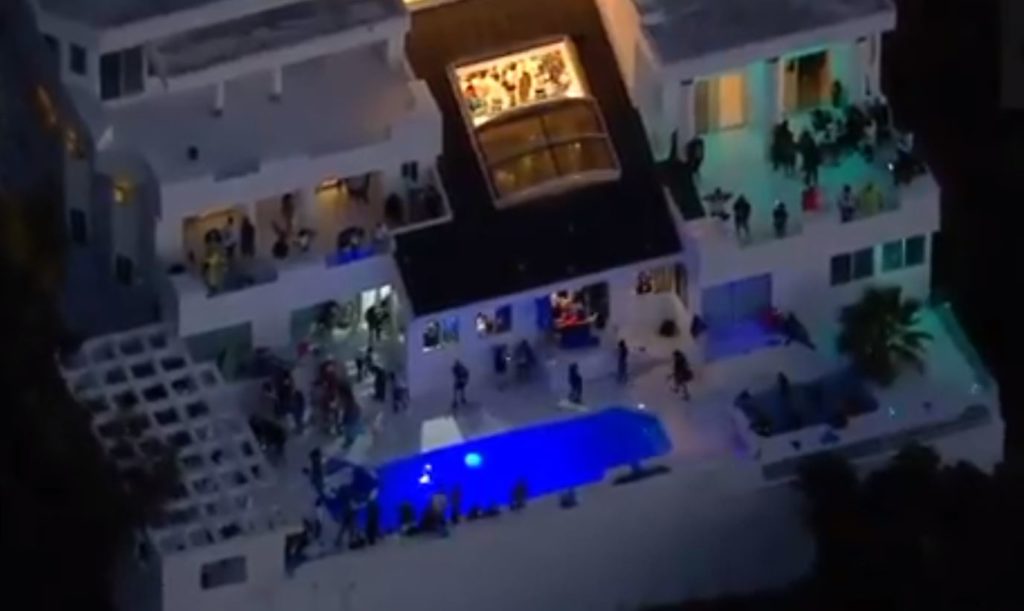 Following reports of large parties that violate health orders aimed at slowing the spread of the novel coronavirus, Los Angeles Mayor Eric Garcetti announced Wednesday that he will authorize the city to shut off water and power services to residents who hold such gatherings.

Beginning Friday night, if Los Angeles Police Department officers respond to and verify that a large party is occurring at a property, and there’s evidence that the venue has repeatedly engaged in such behavior, the department will request that the city shut off water and power services within 48 hours.

Garcetti said that while all nightclubs and bars have already been closed, “these large house parties have essentially become nightclubs in the hills” and often happen at homes that are vacant or used for short-term rentals.

“The consequences of these large parties ripple far beyond just those parties,” he said. “They ripple throughout our entire community because the virus can quickly and easily spread.”

The issue of large, private gatherings received heightened scrutiny this week following a boisterous party Monday at a mansion on Mulholland Drive that ended in a fatal shooting.

About 200 people were at the party when police first entered about 7 p.m. after numerous complaints from neighbors about the size of the gathering.

Although officers cited and impounded some vehicles that were illegally parked, they did not break up the party — even though gatherings of any size are prohibited under Los Angeles County’s coronavirus health order.

A shooting was reported about 12:45 a.m. LAPD Lt. Chris Ramirez said officers found two women and a man suffering from gunshot wounds. All the victims were taken to hospitals in critical or grave condition, and a 35-year-old woman later died. The other two were stable, officials said.

Ramirez said the shooting is considered a gang-related homicide. Social media activity, in part, led detectives to tie the shooting to gang activity, he added.

The party on Mulholland Drive was the latest in a string of big house parties during the pandemic. The county has also announced an investigation into a party thrown for “first responders” at a Hollywood bar on July 31 that violated social distancing requirements.