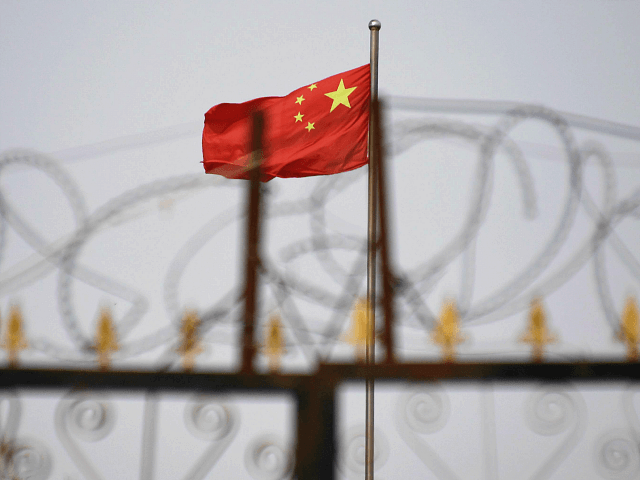 Twitter censored a video clip of President Trump’s recent interview on Fox & Friends alleging that the clip spread misinformation about the Wuhan coronavirus — yet has consistently failed to stop misinformation spread by Chinese government officials on the platform.

Breitbart News recently reported that social media sites Facebook and Twitter removed a clip of President Trump appearing on the Fox News show Fox & Friends in which he claimed that children have heightened immunity to the Wuhan coronavirus. The Trump campaign has stated that it stands by the claim, but both Facebook and Twitter have taken issue with the President’s statement.

However, despite censoring President Trump’s comments on the Wuhan coronavirus, Twitter has not applied the same standards to other governments and heads of state. In particular, the site has refused to remove posts from Chinese government officials spreading conspiracy theories suggesting that the Wuhan coronavirus actually originated in the United States. In some instances, Twitter added a flag to tweets from official Chinese accounts inviting readers to “get the facts on COVID-19,” which falls far short of the outright censorship exercised against Trump.

In March of this year, Breitbart News reported that Twitter refused to crack down on misinformation from Chinese officials, with the Daily Beast reporting:

Coronavirus disinformation spread by senior Chinese government officials does not violate Twitter’s terms of service, a spokesperson for the company told The Daily Beast on Monday.

The spokesperson pointed to language on its website, which gives wide latitude to statements from government officials. “Presently,” the company says, “direct interactions with fellow public figures, comments on political issues of the day, or foreign policy saber-rattling on economic or military issues are generally not in violation of the Twitter Rules.”

Breitbart News reported in May that according to a study of data collected by the Hamilton 2.0 dashboard of the Alliance for Securing Democracy, a tool aggregating accounts connected to the Chinese government, a Chinese disinformation campaign related to the pandemic had been ramped up across social media.

On May 8, the spokesperson for China’s Foreign Affairs Ministry posted a tweet that has been liked more than 4,000 times which reads: “The #US keeps calling for transparency & investigation. Why not open up Fort Detrick & other bio-labs for international review? Why not invite #WHO & int’l experts to the US to look into #COVI19 source & response?”

The #US keeps calling for transparency & investigation. Why not open up Fort Detrick & other bio-labs for international review? Why not invite #WHO & int’l experts to the US to look into #COVID19 source & response?

On March 12, Zhao Lijian, the spokesman and deputy director of the Foreign Ministry’s Information Department, who has been one of China’s most prolific officials on Twitter, tweeted: “It might be the US army who brought the epidemic to Wuhan.”

A day later, Zhao tweeted that there was “Further evidence that the virus originated in the US.”

This article is very much important to each and every one of us. Please read and retweet it. COVID-19: Further Evidence that the Virus Originated in the US. https://t.co/LPanIo40MR

On April 30, the official state-run news agency Xinhua posted a two-minute video titled “Once Upon a Virus” which mocked the United States’ response to the Wuhan coronavirus and praised China’s efforts. This has since been retweeted almost 26,000 times an liked 50,000 times.

China: We discovered a new virus.
America: So what?

In another tweet, China’s Ministry of Foreign Affairs tweeted: “In our fight against #COVID19, the Chinese government has always been open, transparent & responsible. We always speak the truth with facts. It’s crystal clear which country has been doing everything possible to ensure people’s life & health & promote anti-pandemic cooperation.”

In our fight against #COVID19, the Chinese government has always been open, transparent & responsible. We always speak the truth with facts. It’s crystal clear which country has been doing everything possible to ensure people’s life & health & promote anti-pandemic cooperation. pic.twitter.com/jGXXVbElPL

Read more about the situation at Breitbart News here.

Lucas Nolan is a reporter for Breitbart News covering issues of free speech and online censorship. Follow him on Twitter @LucasNolan or contact via secure email at the address lucasnolan@protonmail.com