Home Breaking News Trump’s Pandemic Response Is ‘Chaos’ — They Have ‘Learned Nothing in Six... 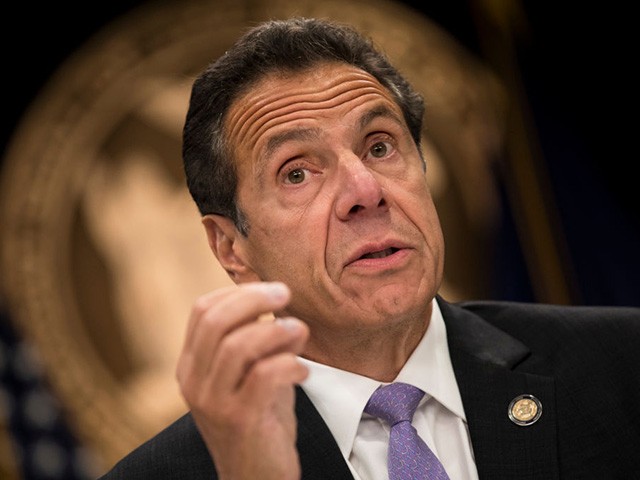 Cuomo said, “The virus increasing all across the country. We are seeing the numbers going up. We going up in the Midwest, we see the health experts, Johns Hopkins, and others now saying the nation has to hit a reset. We do need a reset. The reset has to start at the top. We have confusion. We have chaos. We don’t have operations set up. It has to start with the president of the United States. He has to stand up and say what he didn’t say six months ago. He has to say to the American people that COVID is serious. That we can’t deny that it’s not political. It’s not going to go away magically. It wasn’t going to go away by Easter. The accelerated re-openings were wrong. Liberate, the states’ movement was wrong. Not setting up testing was wrong. I think the American people are confused because they’ve heard two different messages from the get-go. And that’s where it starts. It has to start with the president. The course they went down was just incorrect. We know that now. We see the numbers. This is going to ricochet all across the country. Places like New York, we had the lowest numbers we have had to date today. If the virus is increasing other states, a matter of time before you see it bounce back and forth between the coasts.”

He continued, “Nobody is safe until everybody is safe, right, and outbreak anywhere is an outbreak everywhere, we learned that. The outbreak started in China, nobody paid attention, it went to Europe, it came to New York from Europe. That was our first lesson — that this virus is going to be transmitted. We handled it in New York, and the nation learned nothing from that experience, frankly. We saw the spike. We set up testing. We set hospitalization, et cetera, five months later in many parts of this country you’re just unprepared as you were on day one.”

He added, “Look, I think the federal officials the White House, Dr. Birx, the secretary, they’re sending the exact wrong message, they’ve learned nothing in six months. They’re saying the same thing about the economic reopening, just do it, just do it, it will be fine. Don’t just do it. It won’t be fine. Do it if you have the virus under control, do it if you have the safeguards in place. Do it carefully, and the same is true with schools. You shouldn’t just reopen schools. Unless we know the viral infection is under control in that part of New York, we have more testing than any other state.”