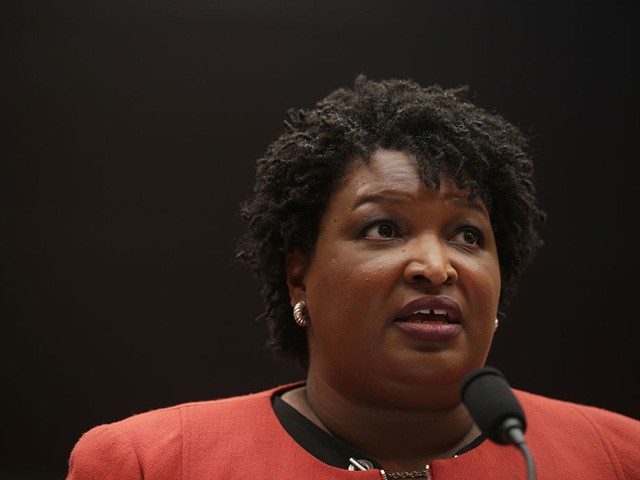 ABRAMS: First of all, he is trying to distract us from his oversight and leadership, or failed leadership, of an economy that shrank by one-third this last quarter. You have got 43 million people who are now going to be subject to evictions because of the inaction of the Republican-led Senate. We have millions of people who’ve been infected and are out of work.  We have, unfortunately, 150,000 dead. And he’s attempting to distract us from his failed leadership.  But by — invoking the notion that we cannot hold an election cuts against hundreds of years of history. We had elections during the Civil War, during the Spanish Flu. And we can have an election this time.  Absentee ballots work, as he admits. And it’s the exact same thing as mail-in ballots, vote by mail. It’s all the same job.  And the job that he has is to make certain that we have a Postal Service that can actually deliver the votes to our elections officials. But, unfortunately, his partisan leader that he’s put in charge of the post office is doing his best to undermine one of the core pillars of our society, which is our ability to communicate. And so, rather than tweeting out erroneous information, I wish he would focus on actually doing his job for the last few days that he has in this office.

BASH: Are you worried that he won’t accept the results in November?

ABRAMS: I’m not worried about that. What I’m worried about is that we will not be able to effectively count the votes of every eligible American, because he’s doing his best to undermine our confidence in the process. But, worse, he’s doing his best to actually steal the vote by undermining the Postal Service knowing that, at this point, more than 40 percent of Americans are likely to use some form of early voting, including vote by mail.  And, as we know, we’re not yet in the second wave of the pandemic. That means we have to be prepared, and that means we have to have a Postal Service that’s working, but we also need the HEROES Act passed, so that cash-strapped states like Arkansas, like Georgia, like North Carolina, like Wisconsin can scale up an deliver an election that is worthy of America.

Pandemic ‘Is Only Going to Get Worse’ — GOP Are ‘Going...