Home Conservative Life Republican National Convention vote to renominate Trump will be in PRIVATE this... 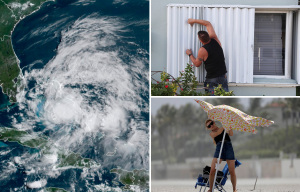 THE Republican vote to nominate President Donald Trump for president will take place later this month — without the press.

A spokesperson for the Republican National Convention told The Associated Press on Saturday that because of coronavirus, the vote will take place in private.

Presidential candidates are nominated at the Democratic or Republican National Conventions, which are typically held the summer before Election Day in November.

The Republican Party’s convention was initially scheduled to be held in Charlotte, North Carolina, from August 24 to 27.

In May, Trump threatened to move the convention after Governor Roy Cooper implemented restrictions after reopening.

Trump tweeted at the time that Cooper was “still in Shutdown mood & unable to guarantee that by August we will be allowed full attendance in the Arena.”

“In other words, we would be spending millions of dollars building the Arena to a very high standard without even knowing if the Democrat Governor would allow the Republican Party to fully occupy the space.”

In June, Trump decided to move some of the ceremonial portions of the GOP convention to Florida because of North Carolina’s restrictions.

But as coronavirus infections continue to spike in Florida, Trump scrapped the four-night convention celebrations he rerouted to Jacksonville.

More than 10,000 people would have been drawn to attend the event.

According to the AP, Trump and his advisers feared that having big parties and “infomercial” programming in Florida would ultimately backfire on the president.

“It’s a different world, and it will be for a little while,” Trump said last month.

“To have a big convention is not the right time.”

A spokesperson for the convention said on Saturday: “Given the health restrictions and limitations in place within the state of North Carolina, we are planning for the Charlotte activities to be closed press Friday, August 21 – Monday, August 24.”

“We are happy to let you know if this changes, but we are working within the parameters set before us by state and local guidelines regarding the number of people who can attend events.”

The smaller group of delegates in Charlotte will be casting proxy votes on behalf of the more than 2,500 official delegates to the convention.

Alternate delegates and guests have already been prohibited.

That event is scheduled to last four hours.

The Democratic National Convention is scheduled to take place in Milwaukee, Wisconsin, from August 17 to August 20.

The event will be mainly virtual, and only around 300 people are expected to attend in person.

Afghan Arrested for Killing Wife In Front of Their Children

Afghan Arrested for Killing Wife In Front of Their Children