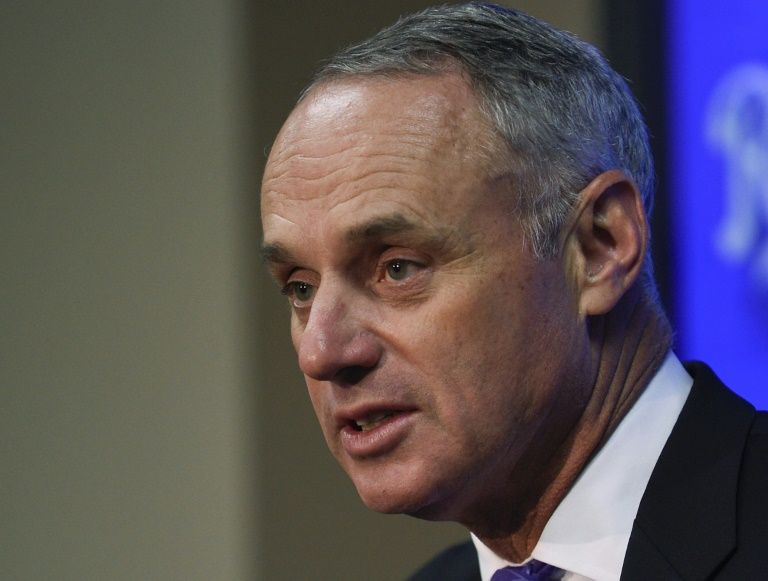 Manfred told ESPN despite 20 positive tests on the Miami Marlins and multiple positives on the St. Louis Cardinals and Philadelphia Phillies, the campaign would not be stopped.

“We are playing,” Manfred said. “I am not a quitter in general and there is no reason to quit now. We have had to be fluid, but it is manageable.”

The new positives forced postponement of Saturday’s scheduled Cardinals game at Milwaukee and raised doubts about the status of a planned Sunday doubleheader between the clubs, including a game pushed back from Friday.

The Marlins and Phillies have not played since last weekend’s completion of their season-opening series in Philadelphia.

MLB announced Saturday that the Marlins will resume play Tuesday at Baltimore and the Phillies will play again starting Monday at the New York Yankees.

While games will continue, Milwaukee outfielder Lorenzo Cain said Saturday he will not, sitting out any remaining games in the 2020 MLB season.

The father of three young boys was the first Brewers player to sit out the season.

“After careful consideration and discussion with my family, I have decided to opt out of the remainder of the 2020 season,” Cain said in a statement.

“With all of the uncertainty and unknowns surrounding our game at this time, I feel that this is the best decision for me, my wife and our three kids.”

“Ultimately he believes this is the right thing for him to do and we understand that,” Stearns said.

Asked if other players were looking at a similar move, Stearns said, “I haven’t necessarily had more conversations among our group with players on that topic over the past week.”

The Yankees and Phillies will play four games in a row, two at each home ballpark through Thursday. A Yankees game planned at Tampa Bay on Thursday will be played as part of a doubleheader next Saturday instead.