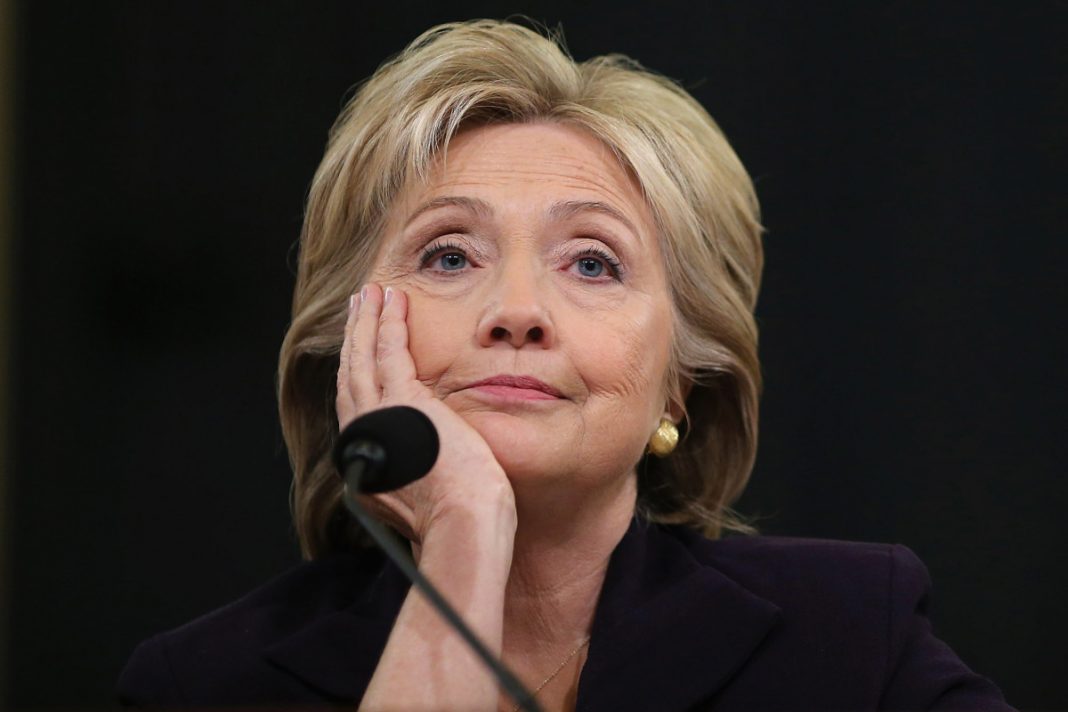 Hillary Clinton warned that the US should be prepared for President Trump to blame a re-election loss in November on voter fraud and refuse to leave the White House.

“Well, I think it is a fair point to raise as to whether or not, if he loses, he’s going to go quietly or not. And we have to be ready for that,” the 2016 Democratic presidential nominee told host Trevor Noah on Monday’s “The Daily Show.”

She said Trump’s continued claims that voting by mail would lead to widespread fraud are an effort to undermine the election.

“There have been so many academic studies and other analyses, which point out that it’s just an inaccurate, fraudulent claim,” Clinton said.

“There isn’t that problem. All the games that are played … to try and keep the vote down — that’s the real danger to the integrity of our election, that combined with disinformation and misinformation and all the online shenanigans we saw in 2016,” she continued.

Clinton said the Republican Party’s strategy for victory in November entails preventing people from voting by making the lines long, especially in areas where young people and minorities vote, and to take mail-in voting out of the equation.

“I want a fair election. If people get to vote and they, for whatever reason, vote for Donald Trump — OK. We’ll accept it, not happily,” she said. “But I don’t think that’s what will happen, because I think the more people who can actually get to the polls, whether by mail or in-person, and get their votes counted, then we are going to have the kind of election we should have.”

Late last month, Trump pointed to a New Jersey election that was conducted by mail-in ballots, where 19% of the vote tally was disqualified, to warn of fraud risks.

“Absentee Ballots are fine. A person has to go through a process to get and use them,” the president said in a tweet. “Mail-In Voting, on the other hand, will lead to the most corrupt Election is USA history. Bad things happen with Mail-Ins.”

He added: “Just look at Special Election in Patterson, N.J. 19% of Ballots a FRAUD!”

In Paterson’s city council election, a total of 3,190 mail-in ballots — about 19 percent of the tally — were disqualified in May, according to NorthJersey.com.

The election was conducted entirely through mail-in ballots because of the coronavirus pandemic.