Home Breaking News Slavery Is Still Rife in Britain. Where Are the Protests? 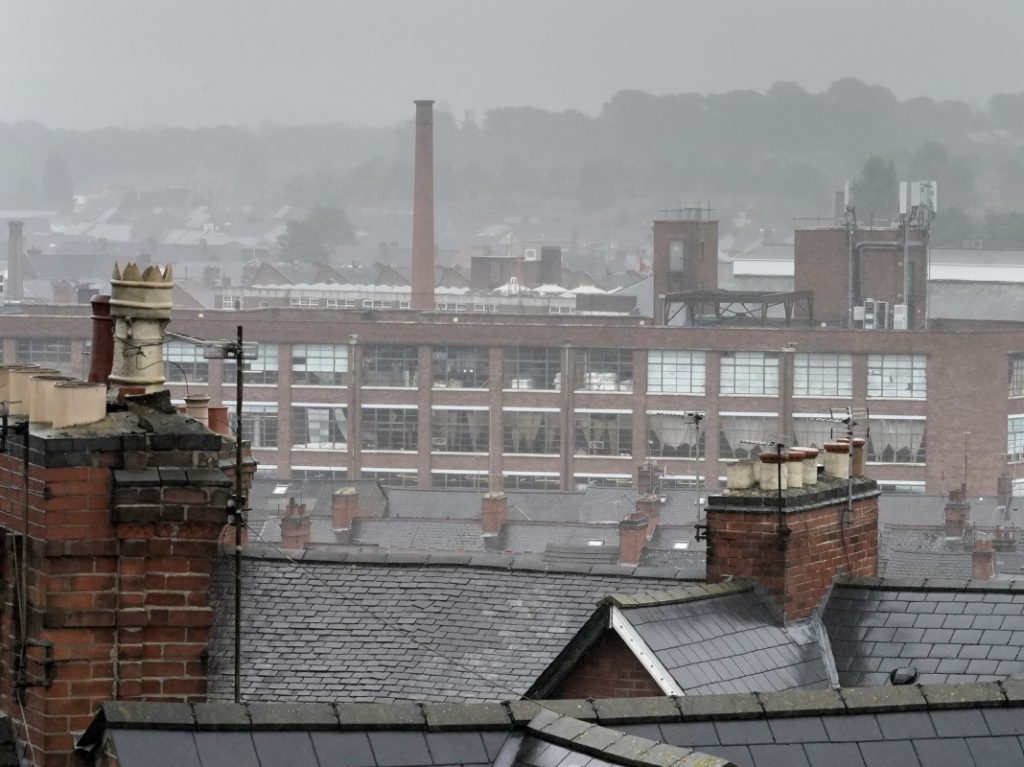 Britain still has a thriving slave trade – but for some mysterious reason, Black Lives Matter just don’t want to know.

Why could that be, I wonder?

How warped and ignorant and disgustingly hypocritical would you have to be to protest noisily and violently about the transatlantic slave trade which Britain began abolishing over 200 years ago in 1807, then spending decades fighting other kingdoms to make them give it up too, while completely ignoring the modern-day version happening right now on your doorstep?

Well, maybe there’s a clue buried somewhere in this report. It describes how, according to the anti-slavery charity Justice and Care, there are nearly 100,000 slaves working across Britain.

Perhaps one-tenth of these, we know from the courageous reporting of Conservative MP Andrew Bridgen, are based in the city of Leicester — working in cramped, unsafe conditions in sweatshops with boarded-up windows and no natural light, producing cheap clothing for the fashion industry.

There are, I can absolutely guarantee you, many thousands of teenage girls all over Britain who decorated their Instagram pages with blacked out tributes to Black Lives Matter but who think absolutely nothing of buying cut-price fashions from the trendy online retailers who are able to charge such attractively low prices because the clothes are made, it turns out, by slave labour.

This ought to be a national scandal. Some of these modern slaves are brought over, Lilya 4-Ever-style, thinking they’re going to start an exciting new life in a booming economy only to find that actually the people who smuggled them are pimps who want them to work as prostitutes; others are forced to do hard labour, or work in domestic servitude or crime. Yet most of the time the ruthless criminal networks running this slave trade get away with it.

According to the anti-slavery charity Justice and Care:

“Human traffickers and Organised Crime Groups are running riot in too many communities. Very few face prosecution relative to the number of victims found and even fewer are convicted. As the number of victims discovered has skyrocketed in the last five years, convictions have barely increased.”

But how many newspaper column inches has Justice and Care received recently compared to Black Lives Matter?

How, for that matter, is it a nationwide scandal — demanding the virtue-signalling outrage of everyone from F1 driver Lewis Hamilton to Britain’s premier league football teams — when a convicted criminal is killed by a rogue policeman 4,000 miles away in Minneapolis? But not a nationwide scandal when nearly 100,000 people in Britain are exploited by gang slavemasters and forced to endure a miserable, intolerable existence for little or no money in deadly conditions?

Well the answer to all this, I suspect, is really quite simple.

Years of convictions and reports show time and time again many of those involved in running the modern slave trade belong to ethnic minorities and, therefore, appear to be beyond reproach by the left. See Operation Fort, the largest anti-slavery prosecution in modern history where eight Polish nationals are now serving time for abusing hundreds of victims. Or the most infamous case of exploitation in modern British history when 21 slaves drowned in Morecambe bay at the hands of their Chinese gangmasters.

Or the joint Anglo-Spanish police busts that saw 12 arrests made for using ‘voodoo’ magic to control women for sex slavery work. Even Britain’s National Crime Agency has cited the European Union’s freedom of movement rules for exacerbating the modern slavery problem.

A source close to Home Secretary Priti Patel has been quoted as saying:

“This scandal has been hiding in plain sight, and there are concerns cultural sensibilities could be in part to blame for why these appalling working practices haven’t been properly investigated.”

Well, that’s putting it mildly. As with the Islamist rape gangs which for years acted with virtual impunity in cities and towns across Britain, so with the slave trade: it seems the local authorities and the police have largely turned a blind eye to the practice either because they are in on the game themselves or because they are scared of being called ‘racist’ or because, a bit like the Mafia, some ethnic minority communities consider themselves not to be bound by the rules that apply to the broader populace because ‘cultural reasons.’

If anything good comes of this scandal – apart, with luck, the freeing of all these poor people so cruelly bound in servitude — it will be to expose the nauseating hypocrisy not just of the race-baiting Marxists behind Black Lives Matter, but also of the Wankerati generally.

It shows Black Lives Matters’ anger about the slave trade to be both selective and fraudulent: if BLM really cared about such things they’d be marching through Leicester right now in protest about all those exploited ethnic minorities being used as slaves there.

And it shows the Wankerati who have come out in support of Black Lives Matter to be nothing but a bunch of preening, shallow, virtue-signalling gimps. Anyone can be big and brave in condemning something that ended over two hundred years ago — and which everyone in the world agrees was a disgrace. But it takes courage, conviction and moral purpose to do, as Andrew Bridgen MP has done, and speak out against modern slavery.