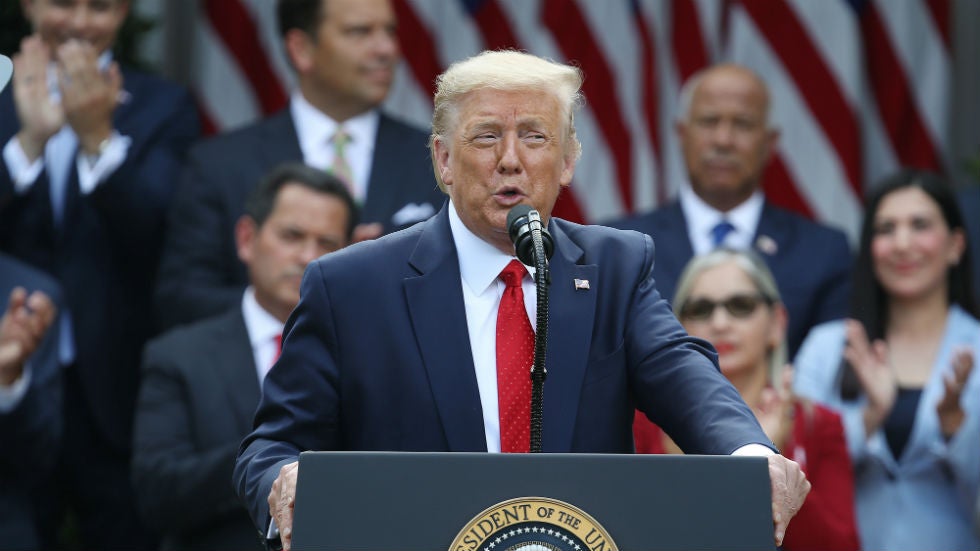 In a brief written statement, Trump said, “Under absolute powers bestowed on me as president under Article II of the Constitution, I am awarding a full prospective, presidential pardon to the person who has been the most unfairly investigated and persecuted by our corrupt system of justice: Donald J. Trump.”

Donald Trump pardons himself? Don’t laugh. Admit it. You know as well as I, that’s exactly where this whole clown show is headed. I’m not a betting man, but I’d bet the ranch on this one: that somewhere in White House counsel Pat Cipollone’s office is a file on presidential self-pardons. The historical and legal research has already been done. The plan’s already in place. And the commutation of Roger Stone

Roger Jason StoneStone rails against US justice system in first TV interview since Trump commuted his sentence The Hill’s Campaign Report: Runoff elections in Texas, Alabama set for Tuesday Biden lets Trump be Trump MORE is only Trump’s first step in carrying out that plan.

A president pardoning himself? Don’t laugh. While that issue’s never been addressed by the Supreme Court, Trump’s not the first one to think about it. He’s already said Article II “allows me to do whatever I want.” Richard Nixon’s White House lawyers seriously considered the possibility, but Nixon decided to resign before being indicted with a crime. In 1998, however, during the Clinton impeachment hearings, House Judiciary Committee member Bob Goodlatte

But wait, White House officials could even be pardoned for crimes they haven’t even been charged with yet? Again, don’t laugh. It’s already happened. One month after he resigned, Gerald Ford gave Nixon a “full, free and absolute pardon” for all federal crimes he “committed or may have committed” during his presidency — thereby making it impossible to charge him with anything. And, in 1992, shortly before leaving office, President George H.W. Bush pulled the rug out from under special counsel Lawrence E. Walsh by granting a full pardon to six Reagan officials, including Defense Secretary Caspar Weinberger, under investigation in the Iran-Contra affair. Walsh had no choice but to drop his case.

Most Americans don’t understand that, for Donald Trump, the stakes here could not be higher. For him, what’s at stake is much greater than simply losing the White House. What’s at stake is losing his freedom. Trump knows that, with Joe Biden in the White House and his ability to hide under the cloak of presidential immunity no longer possible, he could well be indicted for crimes identified in the Mueller report and the House impeachment. His post-presidential days could be spent in prison, not on the golf course. So he’s adopted a three-part strategy to deny that possibility.

First step: Deny the legitimacy of the Trump-Russia investigation by branding it a Democratically inspired “witch hunt.” Blame it on Ukraine, instead. Get Sen. Lindsey Graham

Second step: Do whatever’s necessary to secure the loyalty of anybody on the inside who could tell the truth. Buy Roger Stone’s silence with a commutation. Promise a pardon to Michael Flynn, if he needs it. Fire the U.S. attorney for New York to keep Rudy Giuliani

Trump’s third and absolutely certain final step: Get ready to pardon himself. He knows he has to do it. He will do it. It’s not a question of if, but of when.

Press is host of “The Bill Press Pod.” He is author of “From the Left: A Life in the Crossfire.”

Kamala Harris ‘Going to Be a Big Failure’