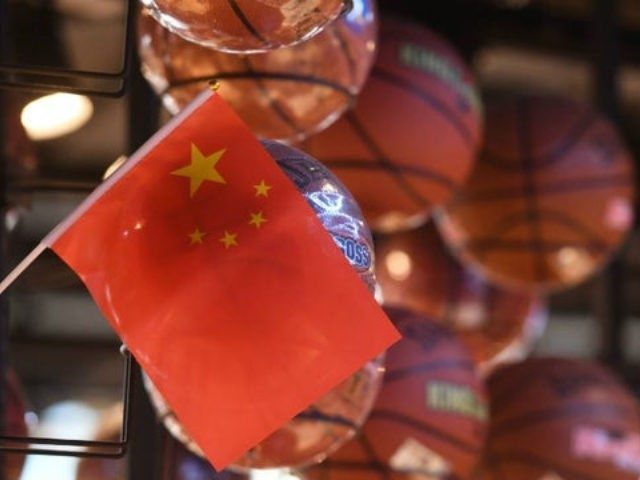 Customers looking to purchase NBA jerseys with approved custom slogans on the back have found that the NBA store endorses anti-cop slogans, but “Free Hong Kong” was forbidden.

Several would-be NBA customers took to social media to report that the NBA’s official store had curious criteria for what phrases it will allow to be put on official NBA merchandise.

“The NBA bans you, the fan, from putting #freehongkong on customized league jerseys even as they allow players to wear customized jerseys,” Clay Travis tweeted Monday.

Travis included a short video clip showing him trying to put “Free Hong Kong” into the NBA’s customization field on its website. But when he tried to type in “Free Hong Kong,” the site would not allow the phrase.

“We are unable to customize this item with the text you have entered,” the website says after the phrase is typed in. “Please try a different entry.”

The NBA bans you, the fan, from putting #freehongkong on customized league jerseys even as they allow players to wear customized jerseys. pic.twitter.com/px9enQa1qk

Other users tried a variety of “free” phrases, and all were allowed except “free Hong Kong.”

I just tried it and it basically lets you do “Free Anything” except for “Free Hong Kong.” https://t.co/5zv65ENS1L

The NBA store even allowed “Kill Cops,” and “Burn Jews,” but not “free Hong Kong.”

As the Washington Free Beacon noted, a litany of hate-filled phrases were allowed, including:

Even as the NBA continues to kowtow to their multimillion-dollar business partner, the Chinese government has formally ended freedom in Hong Kong with a new law that criminalizes pro-democracy protests. Last week, Chinese security forces from the mainland flooded into Hong Kong and began arresting pro-democracy activists under the new law.

Once the embarrassing news of the NBA website’s refusal to allow “free Hong Kong” phrases on its merchandise, the website was updated the next day to allow the phrase to be put on customized jerseys.