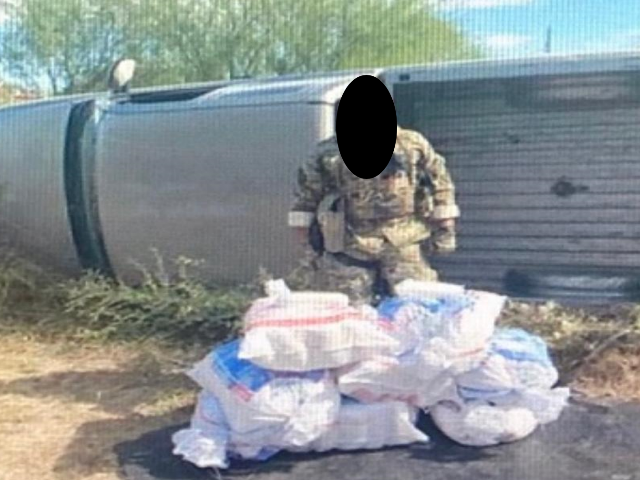 On July 12 at approximately 4:00pm, a Texas Department of Public Safety Trooper was conducting a routine patrol in Rio Grande City when a drawbridge camera system detected a smuggling event near Midway Cemetery. This area is well known for drug trafficking and human smuggling by the Gulf Cartel.

The camera detected a 2000 Chevrolet extended cab pickup. The Trooper responded to the area and observed the same vehicle. The Trooper initiated a traffic stop and the vehicle fled east on Highway 83. The pursuit ended after the vehicle crashed at Papalote and El Campo Roads. The driver exited the vehicle and successfully fled the area on foot. The vehicle was found to be reportedly concealing approximately 453 pounds of cocaine valued at $14,496,000.

The drawbridge cameras possess enhanced motion detection and low light capabilities, which have been modified for law enforcement needs. Operation Drawbridge uses hundreds of cameras along the border.

Detection alerts are sent simultaneously to the Border Patrol, sheriffs, the Fusion Center, and other border law enforcement partners under the operation of Texas DPS Information Technology (IT) personnel.

Since the inception of the program through the end of January 2019, Operation Drawbridge reportedly detected more than 450,000 criminal exploitations of the Texas-Mexico border and has directly resulted in the apprehension of more than 250,000 individuals. It is also credited for the seizure of more than 248 tons of marijuana.