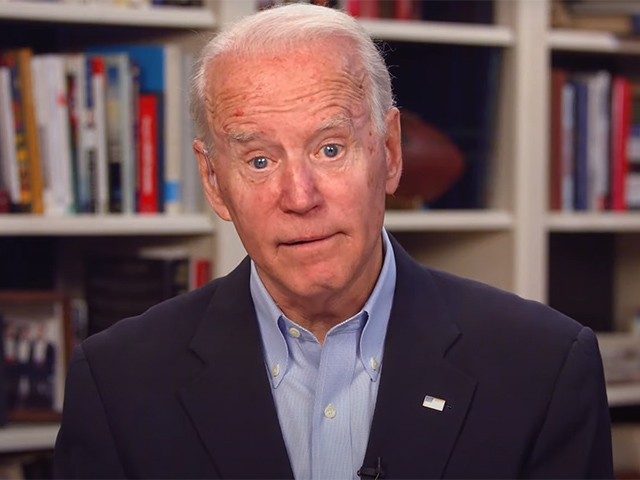 Yale psychiatrist Dr. Bandy X. Lee told The Kyle Olson Show this week that she doesn’t believe a President Joe Biden potentially suffering from “cognitive issues or even mental illness” is “of concern.”

Lee and over 30 mental health experts published a book titled, “The Dangerous Case of Donald Trump” in 2019, wherein she called for presidential candidates to be subjected to “a panel” of psychiatrists, who would determine that individual’s mental fitness to serve as president.

Lee argued it’s “ordinary” for subjects to be analyzed for a “life-and-death” job, but didn’t indicate what should happen if a panel deemed a president to be “unfit.”

She said “all” candidates should be evaluated, including Joe Biden, who has suffered from repeated instances of apparent cognitive decline.

Lee conceded that she’s never “personally” evaluated Donald Trump, as is the practice before a healthcare professional makes a diagnosis.

“It depends on what you mean by ‘personally evaluated,’ because we actually had very close interactions reported by his close associates and co-workers in Special Counsel Robert Mueller’s report,” she said, adding that the report was “very useful psychiatrically,” and that counted as a “fitness exam.”

“Cognitive issues or even mental illness does not disqualify a person from office. What disqualifies are dangerousness and unfitness,” she said.

“Is the President dangerous? Is he mentally fit? Not ‘Does he have any issues?’ Everyone may have some defect here or there and many presidents throughout history have, but dangerousness and unfitness are what unequivocally disqualify,” Lee said.

The Yale psychiatrist said she had never heard Tara Reade’s allegations that Joe Biden sexually assaulted her in 1993, the very definition of a violent and dangerous act.

She admitted she didn’t even know who Tara Reade is, and wouldn’t speculate on whether that alleged act of violence would indicate Biden has violent tenancies.

“That is why I have recommended that he, as well as all presidential candidates, undergo a fitness for duty exam and an evaluation of dangerousness can be done from afar if we’re given the right information,” Lee said, adding:

It’s not cognitive issues or even mental illness that is of concern when speaking of fitness for duty. What is important are signs of dangerousness, such as verbal aggression, history of boasting about sexual assaults, or inciting violence among their followers, or taunting allied or hostile nations.

Lee was asked about Biden’s perceived cognitive issues, which have borne out in polling, and she shifted to alleged cognitive issues in Trump, a claim former White House Physician Dr. Ronny Jackson disputed during last week’s episode.

“If (Trump) goes head-to-head with Joe Biden cognitively, there just wouldn’t be much of a comparison. It would be very one-sided,” Jackson said.

While promoting her book in 2017, Lee appeared on France 24, where she was asked:

Despite its title, this book is not really so much about Donald Trump, as about— and I think your words were, ‘larger context that has given rise to his presidency.’ There’s an insinuation there that if Donald Trump is mentally unstable … the people who elected him might also have elements of mental instability. Am I reading too much into that?

“Um, no, that’s precisely the situation that concerns us,” she said.

On The Kyle Olson Show, Lee was asked if she stood by that claim, and then she abruptly ended the appearance.

“Actually, I’d like to end the interview now if that’s alright,” she said.