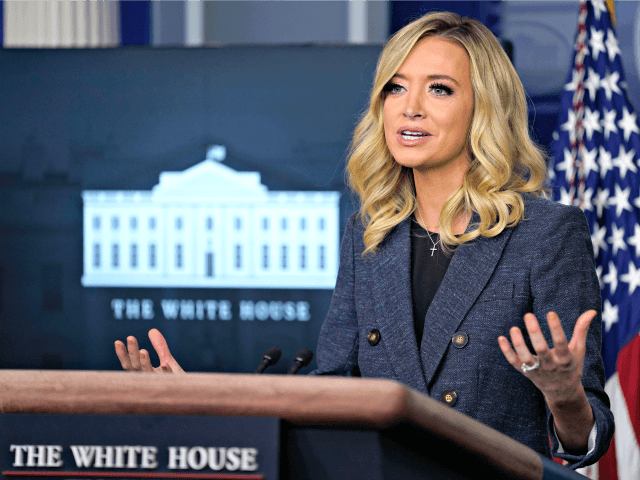 Meanwhile, Harvard has announced all online courses for the 2020 to 2021 academic year with no reduction in tuition costs for students. The policy means students enrolled at Harvard will continue to pay more than $50,400 for online courses. In comparison, many online universities charge less than $10,000 a year for their online courses.

Likewise, MIT announced this week that most enrolled students will be offered online courses with only a freeze on existing tuition. The policy means students will be made to pay nearly $52,000 for mostly online learning at MIT.

“And I would note with regard to Harvard and MIT suing over this, and all due respect to my former Alma Mater, perhaps a better lawsuit would be coming from students who have to pay full tuition with no access to in-person classes to attend,” McEnany said.

As Breitbart News has reported, there are nearly 500,000 Chinese students in the U.S. in any given year — more than any other nation — taking seats in university classrooms and looking to eventually obtain Optional Practical Training (OPT) authorization to take entry-level jobs in white-collar professions.

China’s annual domination of U.S. foreign student visa programs is largely consistent. In fiscal year 2018, more than 110,200 Chinese nationals secured F visas. This is more than any country was able to secure by at least 50,000 visas.

Good Samaritan dies in California river trying to save 3 kids:...