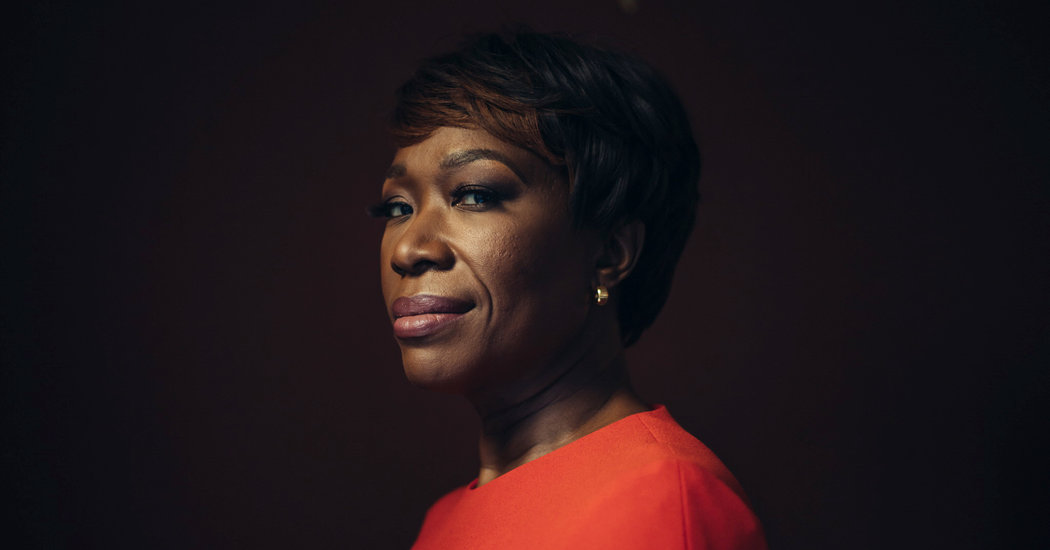 Joy Reid, who rose to television fame as a sharp critic of President Trump and commentator on liberal politics and race, will become the host of a new nightly show on MSNBC, the network plans to announce on Thursday, placing her among a handful of Black women to anchor an American evening news program.

Ms. Reid, 51, who has hosted the MSNBC weekend talk show “AM Joy” since 2016, will move to the 7 p.m. hour on July 20. Her show, “The ReidOut,” succeeds “Hardball” and its host, Chris Matthews, who was forced to resign in March after a series of on-air gaffes and accusations of sexist behavior in the workplace.

Ms. Reid’s promotion is a significant programming move by Cesar Conde, the new chairman of NBC’s news networks. Black women, including Gayle King of CBS and Robin Roberts of ABC, hold leading roles in morning and daytime television, but none currently host a nightly evening show on a major network. The last to do so was Gwen Ifill, who co-anchored “PBS NewsHour” until shortly before her death in 2016.

In an interview on Wednesday, Ms. Reid cited Ms. Ifill and two other Black anchors, Deborah Roberts and Carole Simpson, as role models.

“Evening and prime-time news has been a universe of white men really since I was growing up,” Ms. Reid said. “For somebody who grew up as a nerdy kid obsessed with news, watching ‘Nightline’ and ‘Meet the Press,’ the idea of being a part of that family has always just been kind of overwhelming.”

“The ReidOut” will be based in Washington and focus on political analysis and punditry, but Ms. Reid said she also planned to address race, class, policing and other “cataclysmic social issues we need to reckon with.”

“I am a Black mom, a Black woman, a Black daughter,” said Ms. Reid, who is married with three children. “I am also a journalist who can conceptualize that pain from a unique point of view. Every day I’m in this job, I’m very conscious of that responsibility to make that collective voice heard. It’s unique to do that as a Black woman.”

Executives at MSNBC are hopeful that Ms. Reid will attract a younger audience at 7, where Mr. Matthews’s ratings lagged behind Fox News and CNN. Ms. Reid has a big online fan base — search the hashtag #reiders — and interacts with critics and supporters on Twitter, a realm where Mr. Matthews rarely engaged.

Her progressive bona fides, however, were called into question in 2017 when homophobic posts and comments from “The Reid Report,” a blog she wrote in the mid- to late 2000s, resurfaced on social media.

Ms. Reid apologized for writing mocking claims that Charlie Crist, the former Florida governor, was gay. But additional offensive posts emerged. Along with opposing gay marriage, she opined that “most straight people cringe at the sight of two men kissing” and that “a lot of heterosexuals, especially men, find the idea of homosexual sex to be … well … gross.” She said Rachel Maddow, who was not yet her colleague, held views “at the left-most end of the political spectrum.”

Ms. Reid initially claimed those posts had been fabricated and inserted into the archives of her blog by hackers intending to defame her. She even hired a cybersecurity expert. Later, she acknowledged that there was little evidence that the posts had been faked.

“I genuinely do not believe I wrote those hateful things because they are completely alien to me,” she told viewers in April 2018 in a lengthy apology, saying she had grown up “in a household that, like many in America, had conservative views on L.G.B.T.Q. issues.”

“The person I am now is not the person I was then,” Ms. Reid told viewers. Many liberal pundits defended her, including Jonathan Capehart, Jeffrey Toobin and Joan Walsh.

Asked on Wednesday if she still believed she had not written the posts, Ms. Reid said: “It’s two years ago, so I don’t spend a whole lot of time thinking about that old blog. What I genuinely believe is that I truly care about the L.G.B.T. people in my own life. I care about being a good ally, a good person, and making sure that my voice is authentic, that I can make a difference.”

NBC has pledged to improve its diversity, an area where its news networks have struggled. Mr. Conde, a former chairman of Telemundo who succeeded NBC News’s previous chairman, Andrew Lack, in May, said this week that he wanted a work force that was 50 percent nonwhite, with employees split evenly by gender.

“AM Joy” was created after a previous weekend host, Melissa Harris-Perry, left MSNBC, accusing the network of sidelining her. “I am not a token, mammy or little brown bobble head,” Ms. Harris-Perry, who is Black, wrote in an email to NBC staff at the time.

Another prominent Black anchor at NBC, Tamron Hall, who hosted a popular hour of the “Today” show, parted ways with the network in 2017 after her contract expired. The former Fox News host Megyn Kelly replaced her, briefly, at 9 a.m.

In an interview, Ms. Maddow said Ms. Reid’s promotion “feels like such a good decision by the network.”

“African-American journalists, African-American women in particular, are woefully underrepresented on TV in all hours of the day,” Ms. Maddow said. “But particularly in prime time, it’s just a desert. Joy more than deserves this time slot and this kind of national platform.”

Ms. Reid’s replacement of Mr. Matthews means that the 7 p.m. hour on MSNBC is likely to tilt farther left, mirroring the network’s liberal-leaning prime-time lineup. Mr. Matthews was a political moderate who wrote nostalgically about the bipartisan friendship between President Ronald Reagan and Thomas P. O’Neill Jr., the Democratic speaker of the House.

But his barking style was increasingly out of step with the mores of modern politics and cable news. He apologized in February after comparing Senator Bernie Sanders’s victory in the Nevada caucuses to the Nazi takeover of France in World War II. And a journalist, Laura Bassett, said Mr. Matthews had made inappropriate comments about her appearance.

Born in Brooklyn to immigrant parents, Ms. Reid grew up in Denver, and now splits her time between New York and Washington. After graduating from Harvard with a degree in film, she worked her way up the competitive Florida media market, where she hosted TV and talk-radio shows and wrote a column for The Miami Herald. She has also taken time away from journalism, including a position on Barack Obama’s 2008 presidential campaign.

She later served as managing editor of TheGrio.com, a news and opinion site geared toward Black readers. With a growing national reputation, she joined MSNBC as a contributor in 2011 and, in 2014, began hosting a daily talk show, “The Reid Report.” It was canceled after a year, but she remained at the network as a correspondent.

Away from the anchor desk, Ms. Reid has written two books, including “Fracture: Barack Obama, the Clintons, and the Racial Divide.”

In the interview on Wednesday, Ms. Reid was asked about the reaction to the offensive blog posts that surfaced in 2018. She called the episode “a pretty rough experience,” and said she had sought candid discussions with friends, colleagues and her daughter, who is gay.

“My job in that moment was to listen,” she said, adding, “The L.G.B.T. community in this country has a resiliency and a core kindness.”

Ms. Maddow praised Ms. Reid for her 2018 apology. “We judge people on their judgment, but also on their capacity to grow and correct,” she said.

“She also reached out to me personally and directly,” Ms. Maddow said, “in case, as a gay colleague, I had been hurt personally by what had arisen at the time. And that was a stand-up thing to do, and something I won’t forget.”