Home Breaking News ‘We Got to Vote Him Out’ 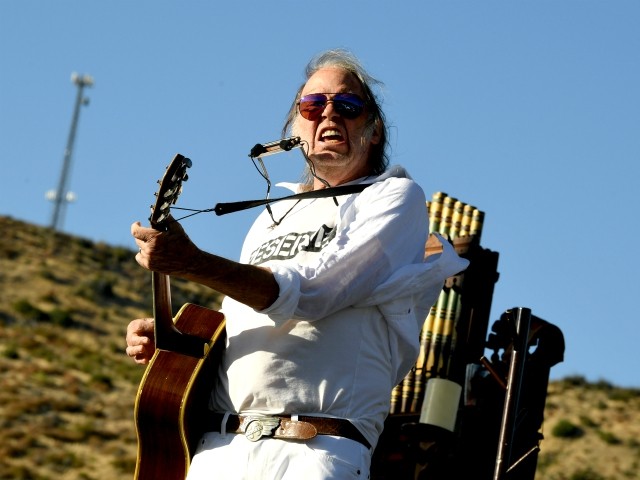 Rock musician Neil Young said he won’t sue President Donald Trump for using his music during campaign rallies, saying that he would rather the president focus on saving lives amid the coronavirus pandemic. But Young also taunted the president by suggesting his campaign use a newly penned song titled “Looking For a Leader 2020” — an update of his 2006 single “Lookin’ for a Leader.”

Neil Young wrote in a letter posted on his official site that a lawsuit would only distract President Trump from more important work. “Because you are in charge of the Covid 19 response here in the USA, I will not sue you, (as certainly is my right) potentially distracting from your important work at hand protecting and saving American lives,” Young wrote.

“With the enormous power you wield on our behalf, I wish you all the best in your critical battle to save American souls from this threat. I know you will do your best for all Americans, regardless of political leanings. I give you my encouragement in your efforts to Unify America.”

The Trump campaign used Neil Young’s “Keep On Rockin In The Free World” during the president’s stop at Mount Rushmore in  on Friday. The song is a popular refrain at Trump rallies despite Young’s objections.

I stand in solidarity with the Lakota Sioux & this is NOT ok with me https://t.co/iPVcFplOHa

In his letter, Young recommended a new song that he wrote with his wife, actress Darryl Hannah, that updates his 2006 song “Lookin’ for a Leader.”

“I suggest you listen to my song ‘Looking For a Leader 2020,” the musician said to President Trump. He said it is a “work I recently completed with my wife… I believe it would be an interesting addition to your next rally.”

The updated song features the lyrics: “We had Barack Obama, and we really need him now / The man who stood behind him has to take his place somehow” — a reference to Joe Biden.

“America has a leader building walls around our house / Don’t know Black Lives Matter and we gotta vote him out.”

The original song was penned in response to then-President George W. Bush.

Neil Young has repeatedly attacked President Trump on Twitter, calling the commander in chief a “loser,” “lowlife,” and “a disgrace to my country.”