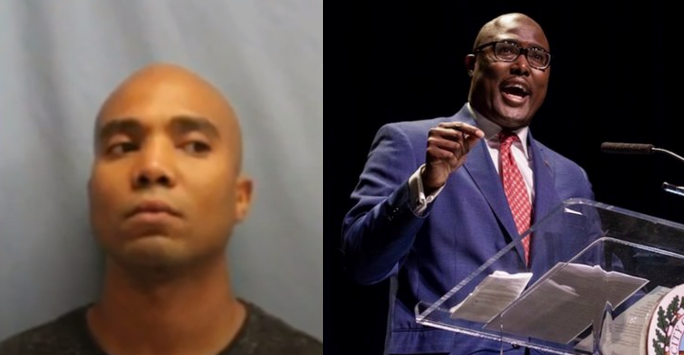 The brother of an Arkansas mayor stole a car with two children inside and then called the victims’ parents to identify himself in a bizarre kidnapping attempt Tuesday, authorities said.

The suspect’s older brother is Little Rock Mayor Frank Scott Jr., who issued a statement saying his sibling is going through an “extremely difficult” time.

Police said the two kids, whose ages were not immediately known, were sitting in a car that was parked in a hospital parking lot in North Little Rock when Darrell Scott hopped into the vehicle and drove away.

He later grabbed one of the kids’ phones and called their parents to tell them who he was, according to the report.

Officers tracked him down a short time later and found him parked outside a mall. The kids were safe and uninjured, KATV reported.

The 31-year-old suspect was charged with two counts of kidnapping and one count of property theft, all felonies.

“My family cares deeply about him, and we are seeking medical and professional help as he manages this crisis,” the mayor wrote. “My heart goes out to the children who were involved. While my life, in many regards, is public, my family members remain private individuals. I ask that you respect my family’s privacy and pray that my brother gets the treatment he needs and that justice is served.”

The North Little Rock Police Department did not return a request for more information Tuesday morning. The suspect’s mugshot was not immediately released.

Devastation from Midwest derecho continues to grow: ‘It feels like we...