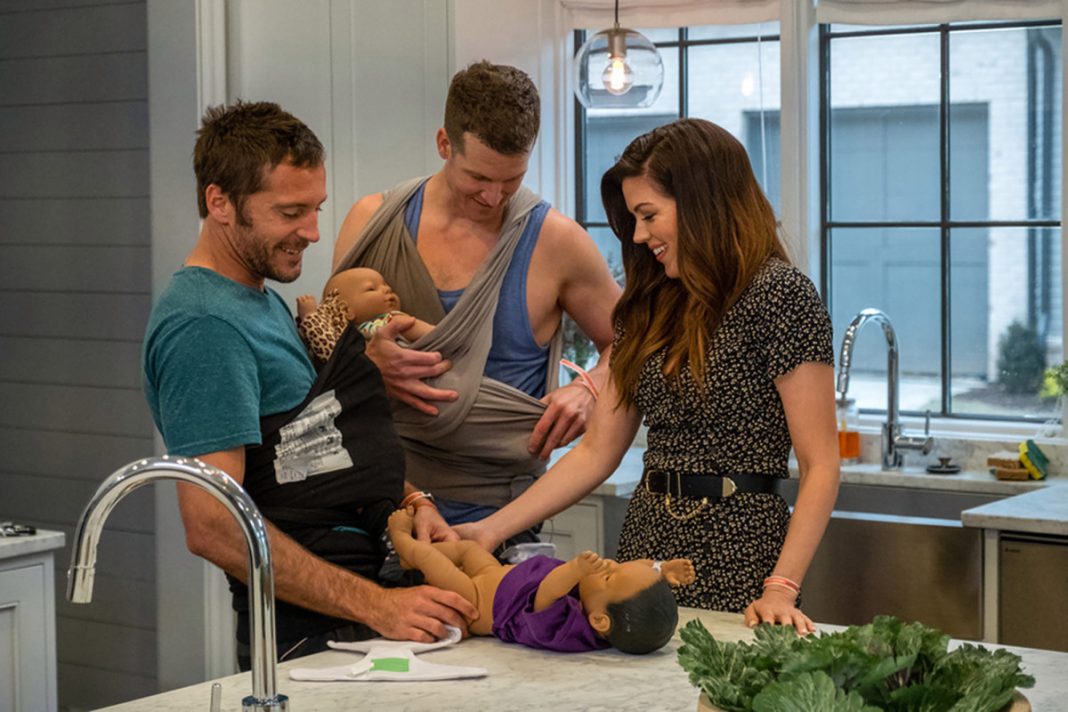 They’re skipping love and marriage and going straight to the part about a baby in a carriage.

The latest child-rearing fad — co-parenting — is on the rise as singles desperate to have kids link up to raise children together — romance be damned.

Yelena Pronoza, a 41-year-old accountant living in Staten Island, has an 18-year-old daughter, but that hasn’t stopped her from yearning for “a brother or sister for my daughter.”

After her hubby of eight years made it clear he didn’t want kids, she split from him four years ago and turned to the internet for answers.

“I was thinking, ‘How long will it take me to create a new relationship that will bring a child?’ It could take a year, or it could take 10 years,” said Pronoza, who initially searched for sperm donors. “That’s when I discovered co-parenting.”

The concept is simple: Two strangers who want kids, but don’t have partners, team up to have and raise a child together. There’s even a TV show, Fox’s “Labor of Love,” in which suitors compete to be co-parent to a former “The Bachelor” contestant; the finale airs July 16. The unusual arrangement is drawing so much interest, there’s now a slew of co-parenting websites, including Modamily, CoParents.com, Pollen Tree and Pride Angel.

Much like dating sites, users set up profiles with photos that detail their interests, beliefs and parenting styles in order to find their perfect co-parenting match.

“It works similarly to any of the traditional dating sites, except everyone here is very interested in starting a family,” said Ivan Fatovic, the founder of Modamily, the first co-parenting site in the US. On Modamily, users swipe on each other’s profiles and hit “Don’t Like” or “Like” to start a conversation. They can opt for free, premium or annual subscription options with varying degrees of benefits. Fatovic, 44, who encourages romance between co-partners, also offers a personal matchmaking service for $2,500 to $10,000.

Fatovic, who launched the site in 2011, said his service has attracted more than 30,000 users. And the trend is picking up momentum.

“There’s a seismic shift in how people form families because people in their 20s and 30s are focused on their careers and putting off marriage and having kids,” said Fatovic, who has a girlfriend and two teenage stepchildren. “And that naturally leads to ticking on the biological clock.”

“Modamily web traffic and app downloads have doubled since the pandemic,” said Fatovic. “People have been home and thinking about life decisions like having children and starting a family, and coming to us to explore all [the] ways to make that possible.”

Single-parenting is also losing some steam, experts say, due to the emotional and financial burden of going it alone.

“Five years ago, people were really gung ho about ‘I’ll have babies for myself, I’ll raise them myself,’ but I haven’t seen that as much, if at all, lately,” said Emma K. Viglucci, a Midtown marriage and family therapist. “If anything, people are getting pregnant and choosing not to have babies because they don’t want to raise them [alone].”

Pronoza decided against using a sperm donor because she wasn’t willing to let her future child go fatherless.

“It’s important for the child to have both male and female influences,” she said. “To have the father teaching [things] like courage and being responsible and the mother giving love and caring . . . that’s the balance I’m looking for.”

A 39-year-old CoParents.com user from Florida, who wished to remain unnamed, also wants a father in her kid’s life in order to avoid potential “daddy issues” down the line. She said she’s even been talking with a married man about the possibility of raising a child together.

Pronoza, meanwhile, has been chatting with a man who has a girlfriend. “It would mostly be me and him” raising the child, she said, “but it’s normal to have our own partners, too, like a divorced couple.”

Fatovic has seen such cases before, mainly when a man’s partner “can’t have children or she already has one and doesn’t want another,” he said. “His partner ends up playing an ‘aunt’ kind of role, but the co-parents are the legal parents.”

He added that while some 60 to 70 percent of his site’s users are women and another 20 percent or so are gay men, there are indeed straight, single men looking to co-parent, too.

“I do have a lot of guys who are eternal bachelors, who maybe spent a little too much time single and are serial daters who are approaching 50 years old and are like, ‘Uhhh I should have a kid soon,’ ” Fatovic said. “No one wants to be 70 raising a teenager.”

That may be so, but not everyone believes co-parenting is the answer. Critics say the dynamic could deprive the child of witnessing a loving relationship.

“If you’re going into it too transactional, the kids are going to pay the price for it because they’ll be missing the simple lessons that are taught in the household of love and compassion,” said Cherie Corso, who blogs about parenting and lifestyle.

But for some hopeful prospective parents, the risk is worth taking.

“All parties will get what they truly desire … having a little bundle of joy,” said the female co-parenting hopeful from Florida. “You just have to make sure you filter the candidates.”