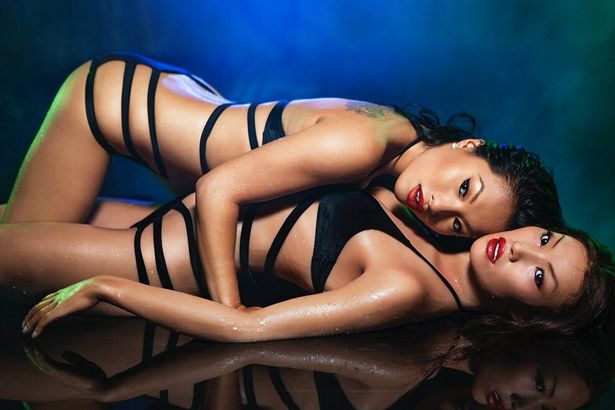 She had agreed with sex doll manufacturer RealDoll to have a model based on her.

Realdoll shared the re-post snap on Instagram, along with the words: “Repost from @average.americans of the amazing Asa Akira and her wicked Realdoll.”

And the snap went down a treat with fans, with one of them describing the post as “real”.

Realdoll is one of the largest sex robot manufacturers in the world, using AI technology to produce increasingly realistic dolls.

However, they are not allowed to base the appearance of any of their sex robots on real people without their permission.

But Akira previously agreed, and even said she would happily sleep with one.

She also touted the possibility of using the doll version of herself in a future adult film.

A new book has delved into the RealDoll world and has laid bare the inner workings of its San Diego hub.

Journalist Jenny Kleeman writes: “What you are about to read is not science fiction.

“We are on the brink of an age when technology will redefine…the fundamental elements of our existence.”

RealDoll is preparing to develop sex robots with vision and is one day hoping they will be able to walk.

Daily Star Online previously reported how some customers were left hailing sex dolls as the closest thing to real sex they had “ever experienced”.

Supplier, Silicone Lovers, told us: “As you can imagine there are many manufacturers competing on the internals.

“Doll manufacturers are learning from Fleshlight, which have various different options of texture within them to differentiate the product and allow men to pick whichever one suits their pleasure.

“JY dolls have gone even further in making a realistic cervix and uterus inside which has caused quite a bit of interest in the community with some customers saying it’s the closest to the real feeling of sex that they’ve ever experienced.

“So now that manufacturers are combining the two, you can have detail where you want it and softness where you need it.”

Why Have So Many Enormous Earthquakes Hit The United States In Recent Months? – End Of The American Dream

Why Have So Many Enormous Earthquakes Hit The United States In...

What is Chicago’s Magnificent Mile?