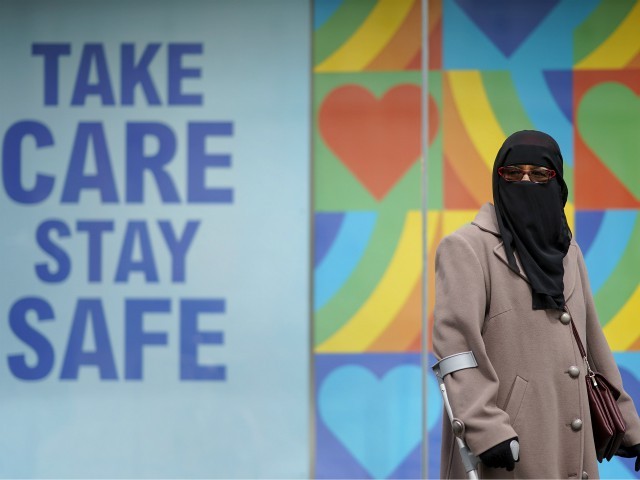 The National Crime Agency (NCA) is investigating concerns of human trafficking and slavery in Britain’s new coronavirus hotspot of Leicester, after claims that sweatshops paying less than half the minimum wage remained open during the lockdown in the multicultural city.

Leicester was the first region to go back into lockdown last week while the rest of the country opened up after reports of nearly 1,000 new COVID-19 cases in the city of 330,000. Local councillor Ratilal Govind in part blamed what he called a “language barrier” in immigrant communities for the misunderstanding of lockdown rules contributing to the rise, claiming that the government failed to produce enough literature on the outbreak in foreign languages.

However, Conservative MP for North West Leicestershire Andrew Bridgen said another factor could have been that factories producing garments were reportedly staying open all throughout the lockdown, despite the government ordering non-essential businesses to close.

The issue of Leicester’s garment industries came to a head this weekend, with The Sunday Times revealed that not only were garment workers working during the lockdown, but they reportedly did so with little or no social distancing or personal protective equipment, and were paid as little as £3.50 an hour (the national minimum wage for adults over 25 is £8.72 an hour).

Home Secretary Priti Patel asked the NCA to investigate. Britain’s version of the FBI had visited several factories in the area, saying in a statement: “Within the last few days NCA officers, along with Leicestershire Police and other partner agencies, attended a number of business premises in the Leicester area to assess concerns of modern slavery and human trafficking.”

Since April, politicians on both sides of the aisle, at local and national level, have been warning about “shuttered premises” continuing to be open during the height of the pandemic.

The Guardian reported last week that the virus appeared to have localised in some factories and workshops, some which the newspaper said may never have closed.

When Leicester went back into lockdown, Andrew Bridgen told Radio 5 Live that garment factories remained open when they should have closed. He said: “You have got a very large garment industry which should have locked down which my sources are telling me have worked for internet retailers who have been very busy during the lockdown and they have carried on working as well.”

However, Mr Bridgen MP has been warning since at least January about the conditions that garment workers are facing in Leicester. Calling working conditions “Leicester’s dirty secret”, the Tory MP told The Guardian in January: “These illegal businesses are not only keeping their workers in miserable conditions, they’re also undermining the marketplace for legitimate businesses to make a living in a very difficult market. I’ve seen the buildings where these workers are and it is shocking: the buildings are condemned – if there was a fire there then hundreds would die, and this is Britain in 2020. It’s a national shame.”