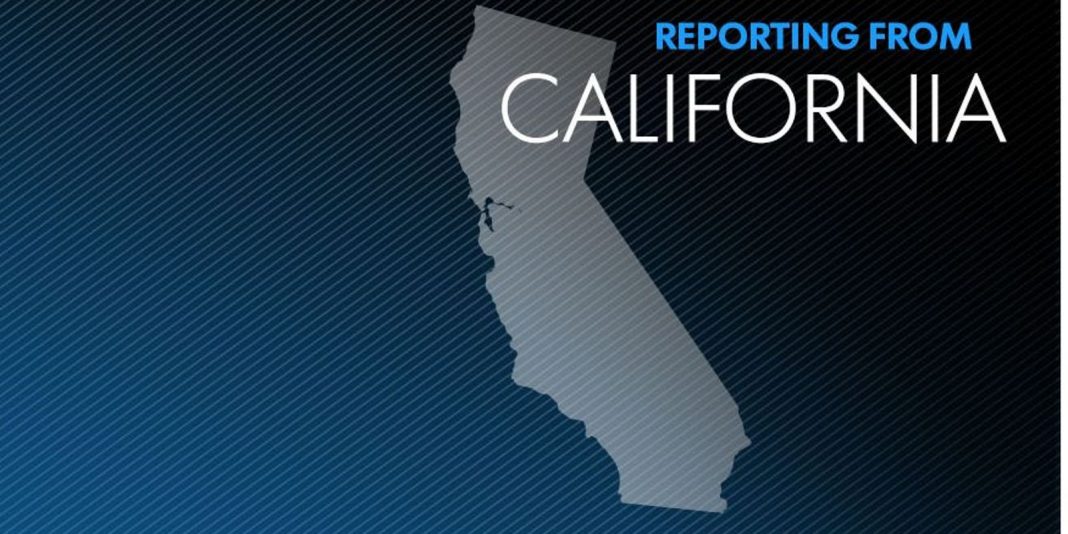 Cities across the country followed Washington D.C.’s lead by painting “Black Lives Matter” and other words of support on city streets.

Police in California are looking for a man and woman who vandalized a Black Lives Matter mural on the Fourth of July.

The Martinez Police Department released a statement saying community members had obtained a city permit to paint the mural in downtown Martinez in the East Bay of the San Francisco Bay Area. After the words were painted on the street in bright yellow, a white man and woman showed up.

The woman began painting over the mural in black paint while the man spoke with a crowd of onlookers. Police shared video from the scene, which shows a woman using a roller to paint over part of the mural while the man says, “We’re sick of this narrative.”

By the time law enforcement arrived, the two were gone, police said. Witnesses provided police with a photo of the car the two used, “a Nissan pickup truck with

the word ‘NICOLE’ on the right side of the tailgate in silver lettering,” according to police.

Fact check: Before Obama there was no Black Lives Matter, but there was ISIS and antifa

While the woman painted, the man called racism “a leftist lie,” according to the video. The woman, after swearing at onlookers, was heard saying, “This is not happening in my town.” Martinez’s estimated population of just under 39,000 is 75.3% white, according to U.S. Census data.

At one point in the video, the woman asked the man for another can of paint and called the mural “vandalism.”

The man, who was wearing a red “Trump Four More Years” shirt, said, “Keep America great again,” and told onlookers to “learn about history.” The woman was wearing a shirt with an American flag design inside of a heart. The two traded words with angry onlookers throughout the video.

Civil rights attorney Ben Crump, who is representing the family of George Floyd, the man whose death at the knee of a Minneapolis police officer sparked coast-to-coast protests against police brutality and racial discrimination, tweeted a video from the incident.

“We will repaint that mural and you will not silence our collective voice for justice,” Crump tweeted Sunday afternoon.

The police department called the damage to the mural “divisive and hurtful.”

“The community spent a considerable amount of time putting the mural together only to have it painted over in a hateful and senseless manner,” the Martinez Police Department said in a statement.

The department added, “Please help us identify those that are responsible for this crime, so they can be held accountable for their actions.”

Black Lives Matter murals have been painted nationwide during the weeks of protests following Floyd’s death. Some have spoken out against the murals. President Donald Trump called a mural proposed by New York City Mayor Bill de Blasio — to be painted in front of Trump Tower — a “symbol of hate.”