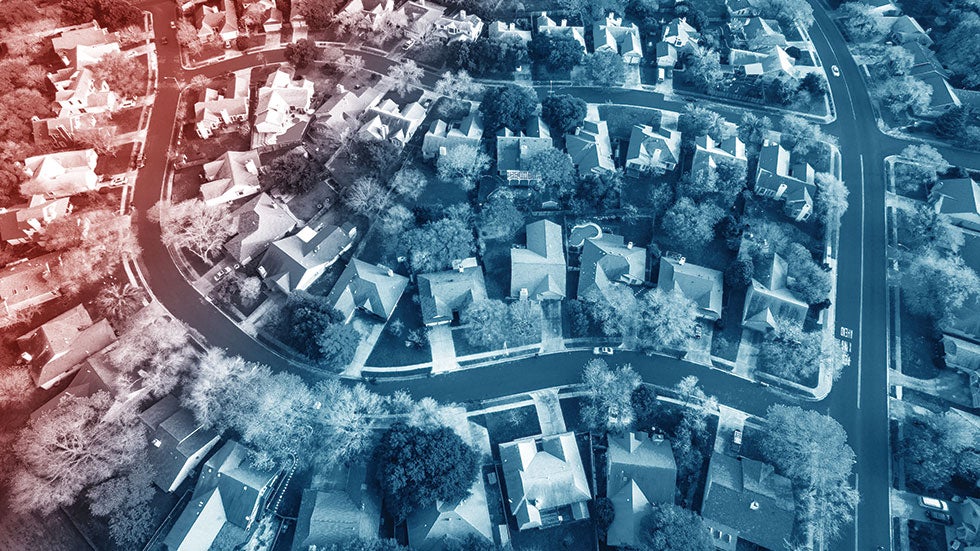 A combination of the coronavirus pandemic, economic uncertainty, and social unrest is prompting waves of Americans to move from large cities and permanently relocate to more sparsely populated areas. The trend has been accelerated by technology and shifting attitudes that make it easier than ever to work remotely. Residents of all ages and incomes are moving in record numbers to suburban areas and small towns.

A perfect storm of factors makes the decision to leave major cities like New York very obvious. The dense nature of urban living and the lack of proper local government planning led to the coronavirus spreading five times faster in New York than the rest of the country. The city that never sleeps now resembles a ghost town in many areas after thousands of its wealthy and middle class residents fled early in the pandemic.

Many are moving to small towns north of the five boroughs. Four upstate counties have seen an incredible surge in real estate demand, while the rest of the New York market is cratering. In Ulster County, the number of homes now under contract nearly doubles the 2016 figures. It saw steady sales in March and April while the overall New York market fell by nearly 30 percent. Some people are staying at their vacation homes, but the data suggest there are many permanent moves in the works.

An estimated quarter of a million New York residents will move upstate for good, while another two million could permanently move out of the state. More than 16,000 New York residents have already relocated to suburban Connecticut. The preliminary figures show New York is also losing citizens to rural New England and Florida in significant numbers. Similar trends are happening in other large urban areas. There is a political element within the domestic migration at play across the nation, but what is more telling is the level of movement to suburban areas and rural towns.

Over 40 percent of urbanites have browsed online for real estate, more than twice the level of people who live in the country. Redfin reports that more than a quarter of searches on its website are by urbanites in Seattle, San Francisco, and the District of Columbia searching for homes across less populated places. While real estate sales are down in San Francisco, where prices are falling by more than 50 percent, demand in its suburbs has been soaring, where prices are rising by almost 10 percent.

There has been a sharp uptick in interest in moving out to Montana, with the majority of new inquiries coming from California. Real estate sales in Montana are 10 percent higher than at this time last year. Rural Colorado, Oregon, and Maine have seen similar upticks in property sales. Vermont is going through a renaissance in real estate, with an agent there remarking that “people are buying houses without even seeing them.”

Some of the biggest changes are less obvious, yet even the hidden trends support the idea that cities are emptying out. In March and April, over two million young people moved back in with their parents or grandparents. If the allure of cities declines further due to the risk of disease, a sputtering economy, and a future of telework, the flight to suburban and rural safety will continue well after a coronavirus vaccine hits the market.

Social unrest and urban crime rate spikes also raise the possibility of a sharp increase of exits from large cities. A breakdown in order, especially if police are defunded, could further downsize cities rebuilt with law and order approaches. Urban trends of the last 50 years are being reversed. Instead of smaller towns and rural areas facing the steep declines, large metropolitan areas may soon be the places bleeding citizens.

The moves and the circumstances that precipitated them will likely cause profound changes in the places receiving the most coronavirus refugees. It is still too early to forecast the political impacts of these demographic trends, but they could be significant. Floods of former urbanites could bring more taxes, restrictions, and regulations to these areas.

On the other hand, an influx of money could reinvigorate former industrial towns. A curious question is whether the waves of new residents will see these smaller areas as their real homes or as places of convenience that need to be reshaped in the image of the cities they fled from.

Kristin Tate is a libertarian author and an analyst for Young Americans for Liberty. She is a Robert Novak journalism fellow at the Fund for American Studies. Her newest book is “The Liberal Invasion of Red State America.”