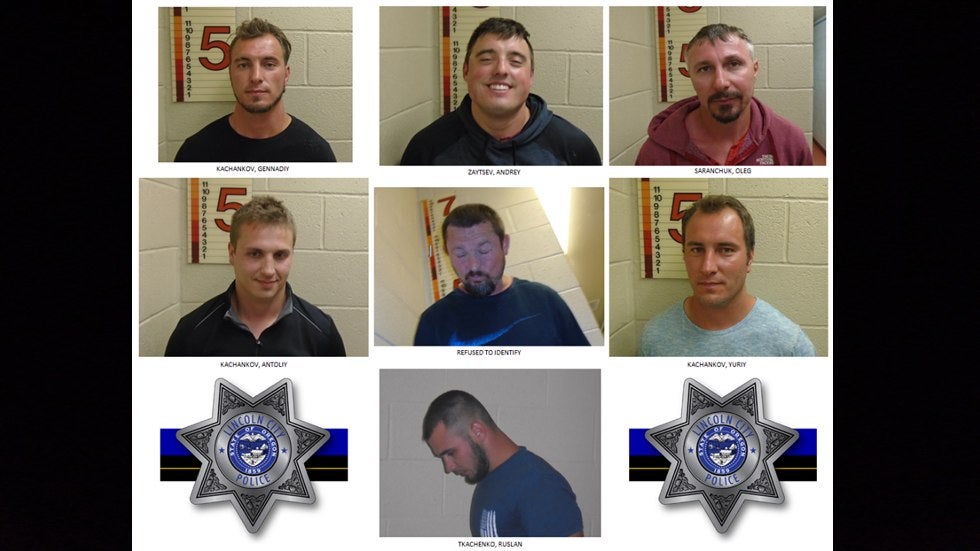 Police in Lincoln City, Ore., said this weekend that they arrested seven men on various charges after a group of white people they were a part of allegedly harassed a Black family on Independence Day by using racial slurs and Nazi salutes.

The local police department said Sunday that the men had been arrested after their group taunted a Black family the night before “by yelling racial slurs at them, insulting them and using Nazi salutes towards them” at nearby a local beach.

The office said cops had been called to the beach initially after receiving a report about the same group shooting illegal fireworks and causing a disturbance. Upon their arrival, the “highly intoxicated group” began to surround the responding officers, the office also said.

Amid the chaos, the agency said officers at the scene were able to form “a line between the group of white persons and the black family allowing the black family to safely leave the beach and return to their room.”

“After several more officers arrived on scene, they moved in on the confrontational and highly intoxicated group and began placing them under arrest for a variety of criminal charges,” the office added.

The department said the seven men, between the ages of 22 and 45, were arrested and charged with “Riot, Interfering with Police, Disorderly Conduct II, Harassment, Possession of Illegal Fireworks, and Offensive Littering.”

As of Sunday, however, six of those men have been released and were issued citations due to local coronavirus restrictions given the ongoing pandemic, the office said.

But one of the men has since been “transported to and booked into the Lincoln County Jail for fingerprint identification and charged with the above listed crimes,” the department added, after he refused to disclose his identity.