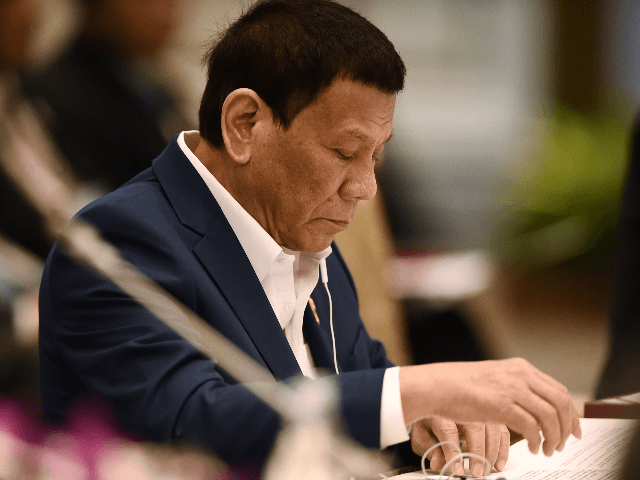 The president’s spokesman, Harry Roque, confirmed Duterte’s signing of the bill in a text message to Filipino journalists on Friday. The act comes one month after the president certified the bill as “urgent,” allowing the legislation to be rushed through the Philippine congress.

According to the report, the Anti-Terrorism Act of 2020 repeals the Philippines’ Human Security Act of 2007, providing Duterte’s government with more surveillance powers. Under the new law, people in the Philippines will face an extended sentence – up to 12 years to life imprisonment – for proposing, inciting, conspiring, or facilitating “terrorist acts” against the Philippine government and its people.

The law also allows the government to detain terrorists for up to 24 hours without a warrant.

Activists and lawyer groups have labeled the bill “dangerous” for failing to provide suspected terrorists the right to due process and have protested its passing. Just three days ago, the U.N. was urging Duterte to “refrain” from signing the new anti-terror bill into law.

“The proposed 2020 Anti-Terrorism Act dilutes human rights safeguards, broadens the definition of terrorism and expands the period of detention without warrant from three to 14 days, extendable by another ten days,” a U.N. report on the bill said.

“The recent passage of the new Anti-Terrorism Act heightens our concerns about the blurring of important distinctions between criticism, criminality, and terrorism,” the U.N. High Commissioner for Human Rights, Michelle Bachelet, said on Tuesday.

“I would urge the president to refrain from signing the law, and to initiate a broad-based consultation process to draft legislation that can effectively prevent and counter violent extremism, but which contains some safeguards to prevent its misuse against people engaged in peaceful criticism and advocacy,” Bachelet said.

In a national address on June 22, Duterte said “forces arrayed against” the government, especially militant arms of the Communist Party of the Philippines, have taken advantage of the coronavirus pandemic to seriously threaten the Philippines’s national security and sovereignty. He said that most recently armed Communist terrorist groups have attacked Philippine security forces as they help government workers distribute coronavirus aid during the pandemic.

“[The Communist insurgency] has undermined the national security of the country,” Duterte said.