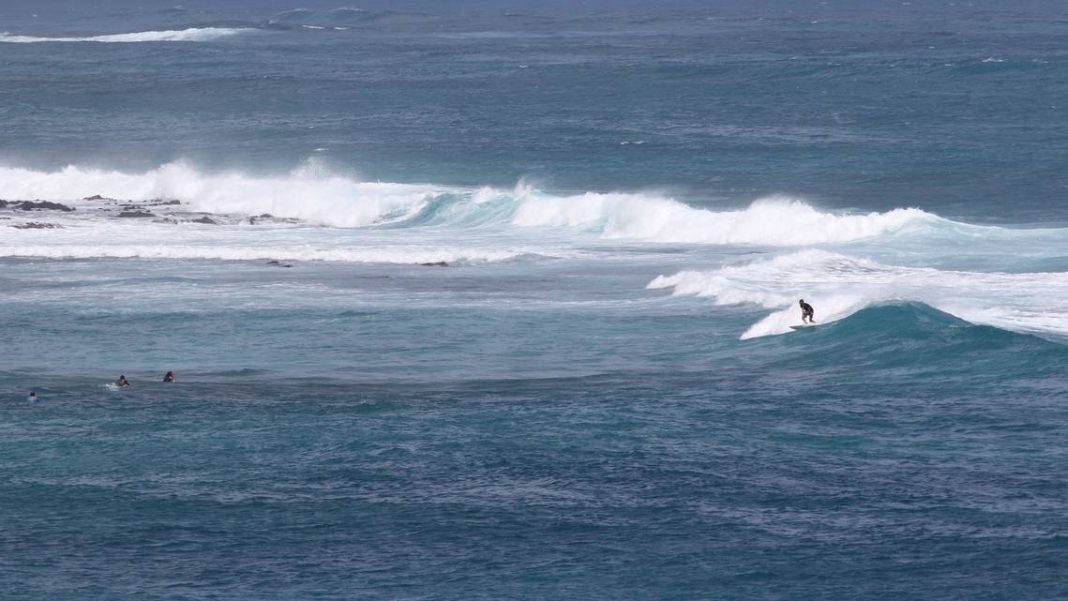 Something is forming beneath the Pacific Ocean about 20 miles from the island of Hawaii, scientists said.

A new island is taking shape more than 3,000 feet below the ocean’s surface, the U.S. Geological Survey said in a Facebook post Tuesday.

The Lō‘ihi Seamount, an underwater volcano pronounced “low-EE-Hee,” is an active volcano that is taller than Mount St. Helens, the USGS said. It could stand at 10,000 feet above sea level, according to scientists.

“Although Lōʻihi is the newest volcano in the Hawaiian–Emperor seamount chain, … it actually began forming around 400,000 years ago as a section of ocean floor began slowly passing over the Hawaiian hot spot, a magma plume beneath the earth’s crust,” the USGS said. “The same magma plume has bubbled up over the last 70 million years, forming the volcanic mountain range that we see today as the Hawaiian Islands.”

A series of earthquakes in the seamount caught researchers’ attention in the 1950s, making them aware of the active volcano. Earthquake activity as recently as May has helped scientists monitor the “seamount’s evolution into an island,” the USGS said.

It’ll be a long time before anyone sees the island, though.

“Although it is exciting to watch an island form, it’s still a little too early to make hotel reservations for your next tropical vacation just yet,” USGS researchers said. “Scientists don’t expect the island to peek above the ocean surface for another 10,000–100,000 years.”