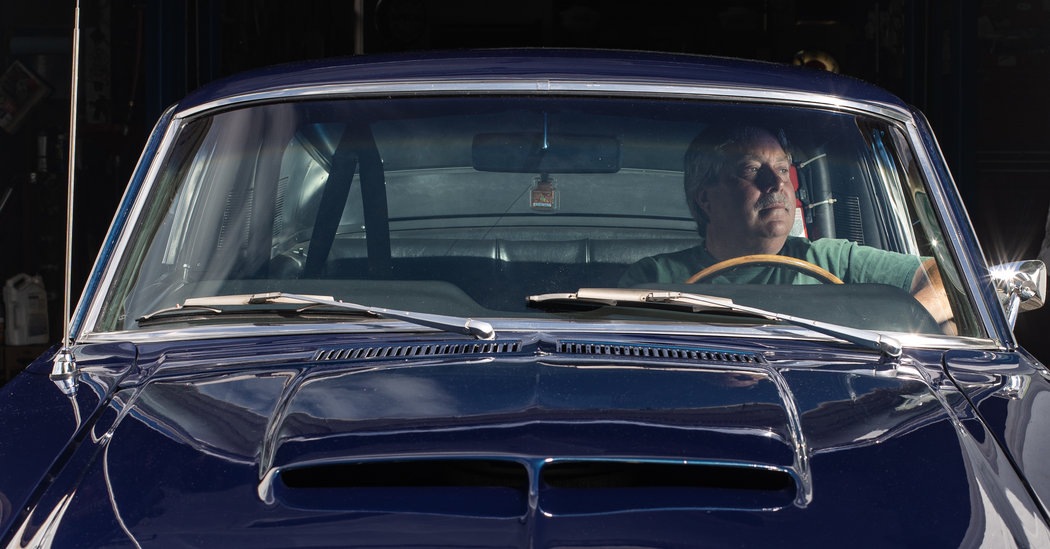 Cars have never been more tolerant of the bone-headed driving mistakes — like speeding into a turn — that decades ago were likely to cause a crash. But there are drivers who still prefer the challenges and potential perils of the machines of the past, feeling that they provide a more pure driving experience.

There is a direct connection with way-back machinery that makes driving more satisfying, even though it isn’t easy, said Chris Seely, who owns a 1971 BMW 2002 sports sedan that is more than twice his age.

“The handling feel is so direct that you feel engaged no matter what speed you take a corner,” said Mr. Seely, 22, who lives in Kirkland, Wash.

Driving older machinery requires an understanding of handling that is harder to acquire now, thanks to superior vehicle engineering, including safety features like electronic stability control, which tries to stop a skid and put a vehicle back on course.

But there is an appealing simplicity to older designs that do not rely heavily on computers and are “just mechanical engineering,” said Robert Jones, an administrator of a Facebook page for owners of the Toyota MR2, a widely admired sports car with the engine just behind its two seats.

Mr. Jones suspects that most people don’t understand the attraction of older machinery. “It gets lost in translation,” he said. It’s a secret language among driving enthusiasts.

“You have to have a much higher level of respect for the car,” he said, “because the car doesn’t have anything to save you. There is no nanny system. It is just you and your steering wheel and your right foot and the road.”

Cars didn’t have an instinct for self-preservation in 1969, when I learned how quickly things could go wrong. By an amazing coincidence, that knowledge coincided with my Rover 2000’s smashing backward through the Texas sagebrush. The Rover was my first car. It was a gift from a family friend, and I adored it. I thought we were friends. I never imagined that — given the chance — it would literally turn on me.

At the time, I was stationed at Fort Hood and belonged to the Sports Car Club of Fort Hood. In a world of muscle cars and pickup trucks, sports car enthusiasts were so rare that even my quirky, rear-wheel-drive 1963 British four-door was welcomed.

My untoward, rearward event occurred the first time I drove at the club’s small, twisty track. I was heading into a sharpish left-hander, took my foot off the gas and touched the brake pedal. Oops. Suddenly the car snapped around and I was going backward, bouncing through scrubby bushes.

This was stunning for me and — as sometimes happens with these things — hilarious for everyone else. The downside was the simultaneous shattering of a taillight and my self-image.

Cars of that era — and for decades after — often had less-than-friendly handling characteristics, waiting for the unwary, the unskilled or both.

In the case of the Rover, I found out that the source of my mortification was what’s called trailing-throttle oversteer: Using the brakes (or sometimes just lifting off the gas) in the middle of the turn would take some of the weight off the rear tires, causing them to lose grip and making the car spin.

Trailing-throttle oversteer was not unusual in rear-wheel-drive vehicles of the ’60s and ’70s. A driver who understood it could make the car turn more sharply. Here’s how: In the turn, lift off the gas so that the tail moves to the outside of the turn. That points the nose deeper into the turn. Get back on the gas to stop that movement. So whether trailing-throttle oversteer was a safety defect or not depended on the driver’s expertise.

“It is a matter of taste as to whether that is a feature or a bug,” said Chris Gerdes, a professor of mechanical engineering and co-director of the Center for Automotive Research at Stanford University, where he teaches vehicle dynamics.

“That can be a tool in the hands of a skilled driver to be able to adjust the attitude of the car and potentially get into the corner a little bit faster,” Mr. Gerdes said. “It is an example of something that, in skilled hands, you would want to have. In unskilled hands, it could be dangerous.”

Faced with the choice of providing driver satisfaction for the few versus safety for the many, the auto industry opted for safety, Mr. Gerdes said.

But driving those old vehicles comes with the weight of mastery.

“The modern systems do so much, but in the old cars, you are the driver. You are in charge. You’ve got to know what you’re doing,” said Phil Bell, the owner of an auto repair shop in Bethlehem, N.H. Mr. Bell has a collection of 28 vehicles, mostly from the ’50s, ’60s and ’70s. They include a high-performance treasure, a 1967 Shelby GT500 version of the Ford Mustang.

Mr. Jones, who is 40 and lives in Layton, Utah, has owned and cherished a 1991 MR2 Turbo for 20 years. To him, it is the perfect driving companion. Produced between the 1985 and 2005 model years, the mid-engine MR2 is revered for its responsive handling. However, that extreme willingness to change direction means it can spin out when pushed hard by an unskilled driver.

Day to day, Mr. Jones drives a BMW sedan. In addition to a well-designed suspension, it is loaded with safety devices, including electronic stability control. “So you kind of feel invincible when you’re driving it,” he said. “As a driver, you know it has your back.”

That’s not the case with his MR2 Turbo.

“You almost get the impression that the MR2 is really ambivalent as to whether you make it. It is a lot harder to control at the limit,” he said. “I’ve never spun my car. But I know people who have. I let a friend drive it, and he came back with white knuckles because he spun it. Luckily he didn’t hurt himself or the car, but he got cocky and he spun it.”

People have become so accustomed to cars that are foolproof to drive that Mr. Bell becomes apprehensive when someone who has never driven an old car asks to try one of his.

The old cars don’t handle as well as new cars, but that’s the fun, Mr. Seely said. His daily driver is a 2000 Audi A4 Avant, which can be driven quickly through a turn with ho-hum aplomb. Trying to do the same in the BMW is “where you have all the fun” because it feels like driving at the limit, he said.

“You feel much more connected,” he said. “As you are going around the corner you can feel the weight shift. It is more dynamic. It feels as if the car itself is telling you when to go and when to stop.”