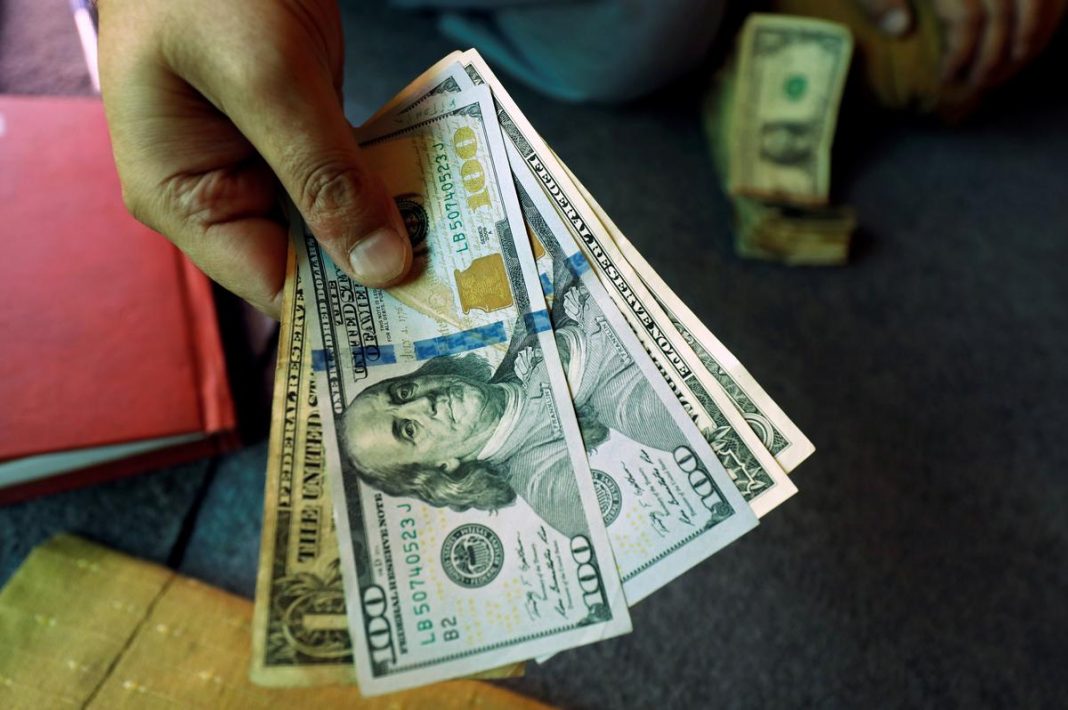 BENGALURU (Reuters) – The dollar’s dominance will slowly melt away over the coming year on weakening global demand and a sombre U.S. economic outlook, according to a Reuters poll of currency forecasters whose views depend on there being no second coronavirus shock.

Despite fears a surge in new COVID-19 cases would delay economies reopening and stymie a tentative recovery, world stocks have rallied – with the S&P 500 finishing higher in June, marking its biggest quarterly percentage gain since the height of the technology boom in 1998.

Caught between bets in favour of riskier investments, weak U.S. economic prospects as well as an easing in the thirst for dollars after the Federal Reserve flooded markets with liquidity, the greenback fell nearly 1.0% last month. It was its worst monthly performance since December.

While there was a dire prognosis from the top U.S. medicalexpert on the coronavirus’ spread, the June 25-July 1poll of over 70 analysts showed weak dollar projections as Fed Chair Jerome Powell on Monday reiterated the economic outlook for the world’s largest economy was uncertain.

“The dollar rises in two instances: when you see risk off or when there is a situation where the U.S. is leading the global recovery, and we don’t think that’s going to be the case anytime soon,” said Gavin Friend, senior FX strategist at NAB Group in London.

“The U.S. is playing fast and loose with the virus, and chronologically they’re behind the rest of the world.”

For a graphic on EUR / USD outlook:

Currency speculators, who had built up trades against the dollar to the highest in two years during May, increased their out-of-favour dollar bets further last week, the latest positioning data showed.

About 80% of analysts, 53 of 66, said the likely path for the dollar over the next six months was to trade around current levels, alternating between slight gains and losses in a range. That suggests the greenback may be at a crucial crossroad as more currency strategists have turned bearish.

For a graphic on FX markets outlook:

Much will also depend on debt servicing and repayments by Asian, European and other international borrowers in U.S. dollars.

While an early shortage of dollars in March from the pandemic’s first shock pushed the Fed to open currency swap lines with major central banks, international funding strains have eased significantly since. In recent weeks, usage of the facility has reduced dramatically.

That trend is expected to continue over the next six months with major central banks’ usage of swap lines to “stay around current levels”, according to 32 of 46 analysts. While 13 predicted a sharp drop, only one respondent said use of them would “rise sharply”.

The dollar index, which measures the greenback’s strength against six other major currencies, has slipped over 5% since touching a more than three-year high in March.

When asked which currencies would perform better against the dollar by end-December, a touch over half of 49 respondents said major developed market ones, with the remaining almost split between commodity-linked and emerging market currencies.

“The dollar is so overvalued, and has been overvalued for a long time, it’s time now for it to come back down again, as we head towards the (U.S.) election,” added NAB’s Friend.

Over the last quarter, the euro has staged a 1.8% comeback after falling by a similar margin during the first three months of the year. For the month of June, the euro was up 1.2% against the dollar.

The single currency was now expected to gain about 2.5% to trade at $1.15 in a year from around $1.12 on Wednesday, slightly stronger than $1.14 predicted last month.

While those findings are similar to what analysts have been predicting for nearly two years, there was a clear shift in their outlook for the euro, with the range of forecasts showing higher highs and higher lows from last month.

“In comparison to even a month or two ago, the outlook in Europe has improved significantly,” said Lee Hardman, currency strategist at MUFG.

“I think that makes the euro look relatively more attractive and cheap against the likes of the dollar. We’re not arguing strongly for the euro to surge higher, we’re just saying, after the weakness we have seen in recent years, there is the potential for that weakness to start to reverse.”