Home Conservative Life Buffalo protester knocked to ground by police is out of the hospital... 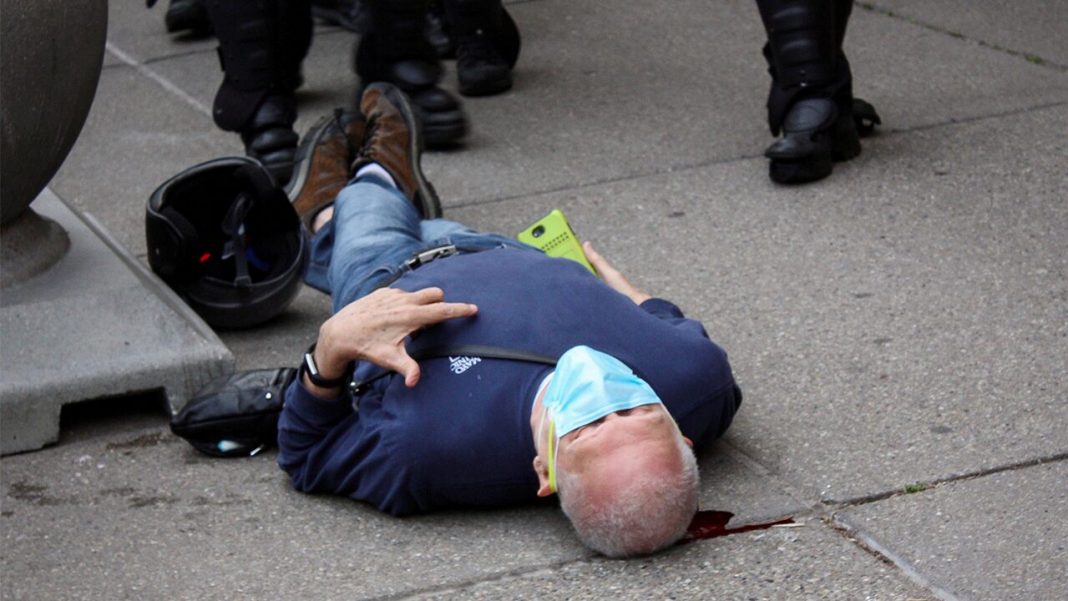 Buffalo protester Martin Gugino was released from the hospital Tuesday after spending nearly a month there for injuries he sustained when two police officers pushed him to the ground.

Gugino, 75, is currently recovering at an undisclosed location in an effort to shield his privacy, according to ABC 7.

Two Buffalo police officers pleaded not guilty to assault earlier this month after they were seen on camera shoving Gugino to the ground during a George Floyd protest.

Gugino’s attorney Kelly Zarcone spoke on his behalf and thanked those who took care of him while he received medical care.

“Martin wants to thank the entire hospital staff for their exceptional dedication and professionalism,” she said. “He received truly outstanding care and for that, he is grateful.”

Officers Robert McCabe and Aaron Torgalski were both charged with second-degree assault, a class D felony. They were each released without bail after a hearing and are scheduled to return to court on July 20.

Zarcone had previously claimed that Gugino suffered a fractured skull and brain injury as a result of the June 4 encounter with authorities.

“I am not at liberty to elaborate at this time other than to confirm that his skull was fractured,” she told CNN in a statement two weeks ago.

Zarcone added: “While he is not able to walk yet, we were able to have a short conversation before he became too tired. He is appreciative of all of the concern about him but he is still focused on the issues rather than himself.”