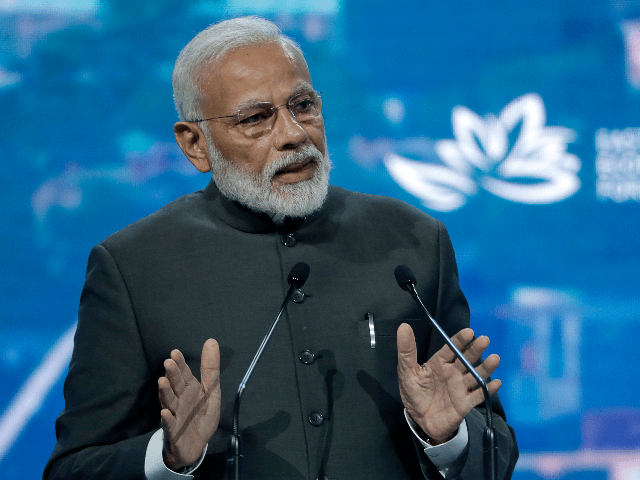 Indian Prime Minister Narendra Modi said during a radio interview on Sunday that a “befitting reply” has been given to invaders who “covet our territories,” referring to the hand-to-hand battle on June 15 along the contested Indian-Chinese border in which at least 20 Indian soldiers and an unknown number of Chinese troops were killed.

India maintains China provoked the confrontation by crossing the border and trying to set up observation posts on Indian territory.

“In Ladakh, a befitting reply has been given to those coveting our territories. India knows how to maintain friendships but it can also look someone in the eye and retaliate and give an apt reply,” Modi said.

“Our brave soldiers have shown that they will not let any harm be done to Mother India’s pride. India bows to our brave martyrs. They have always kept India safe. Their valour will always be remembered,” he said.

Modi offered his condolences to the Indian soldiers who died, displaying a marked contrast with China’s refusal to admit how many of its soldiers were killed or identify them. Some Chinese citizens are upset that their government will not honor the dead or allow their families to grieve properly.

“The inner sense of pride that families feel on the supreme sacrifice of their brave sons and their sentiment for the country, constitutes the true power and the might of the country,” Modi said.

Indian and Chinese officials agreed last week to “resolve the existing situation peacefully,” but each side continues blaming the other for initiating the border clash.

The Chinese Foreign and Defense Ministries have both released statements blaming India for sending patrols into Chinese territory. The Defense Ministry statement said India bears “full responsibility for the incident that was solely and completely triggered by its breach of consensus and unilateral provocations” and insisted Modi’s government “severely punish” the Indian troops responsible.

Another round of talks is scheduled for Tuesday to de-escalate what most observers describe as a continuing tense situation in which there has been much talk about disengagement, but very little evidence that either Indian or Chinese forces are pulling back from the border.

The Economic Times of India reported on Monday that India’s allies – including France, Israel, Russia, and the United States – are “pitching in with commitments to deliver urgently needed weapons and ammunition.”

India will soon take delivery of the first advanced Rafale fighter jets, possibly up to eight instead of the four originally promised, with midair refueling provided so the planes can reach Indian bases as quickly as possible. Israel is sending an air defense system to be deployed along the Ladakh border, augmenting a Russian S-400 system that has already been deployed in the area. Russia is promising to deliver a billion dollars in weapons and ammunition, including armored fighting vehicles, while the United States is supplying intelligence and satellite reconnaissance, plus a possible shipment of the artillery shells used by many of India’s guns.