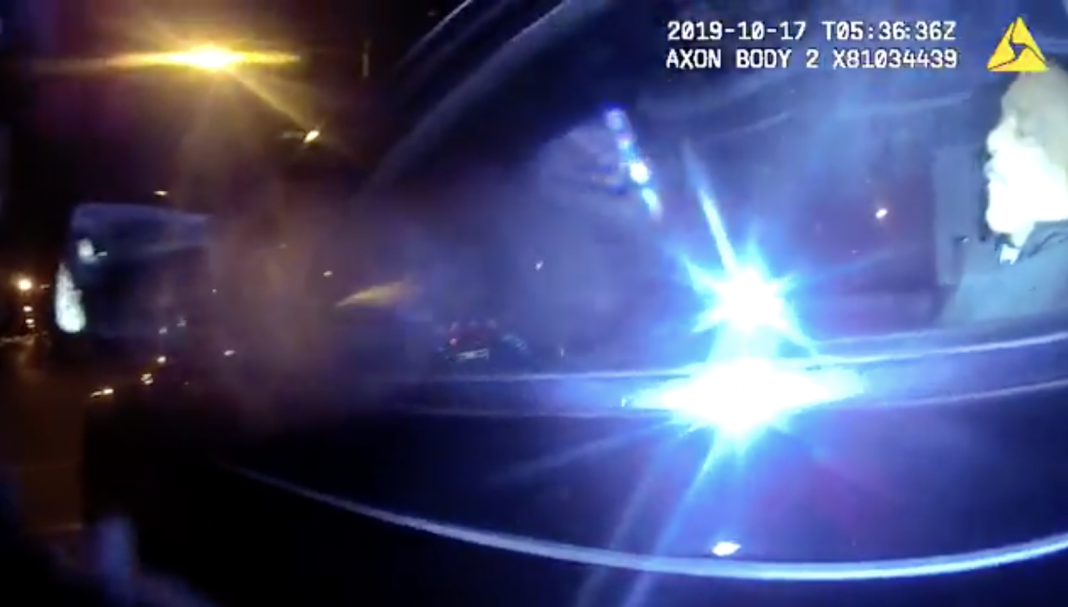 By Gregory Pratt and John Byrne

The city of Chicago on Monday released records and body camera footage related to an October incident in which then-police Superintendent Eddie Johnson was found asleep at the wheel, which led Mayor Lori Lightfoot to angrily fire him.

But Lightfoot’s administration is declining to release Inspector General Joe Ferguson’s report on the matter, despite having pushed the City Council to approve a law allowing certain IG reports of high public interest to be released.

The ordinance backed by the mayor last fall would have allowed the corporation counsel to decide whether to release IG investigation reports in cases that involve a death or that are “or may be” a felony, and are “of a compelling public interest.”

Kathleen Fieweger, the Law Department’s spokeswoman, defended withholding the report on Johnson, disputing that there’s any conduct that may have been a felony.

Records released by the city show the incident that led to Johnson’s firing started when an unidentified man called 911 to report someone asleep in a vehicle at a stop sign.

The caller told officials that the vehicle’s lights were off but the engine was running and smoke was coming out of the exhaust.

“They’ve been sitting there at least five minutes,” the caller says at one point.

In footage from a responding officer’s bodycam, Johnson is at the wheel when the officer asks, “You just sitting here or you wanna go home?”

The officer responds, “You good? All right, sir. Have a good night.”

Sources previously told The Chicago Tribune that the city inspector general’s office, which was tasked with investigating the incident, obtained video footage showing Johnson drinking for a few hours on the evening of Oct. 16 with a woman who was not his wife at the Ceres Cafe, a popular restaurant and bar at the Chicago Board of Trade building.

In his initial remarks about the incident, Johnson blamed his failure to take his blood pressure medication, saying he felt ill as he drove home from dinner with friends.

The then-superintendent said he removed old medication from his weekly pillbox after his cardiologist had recently changed his dosage but that he had not yet obtained the new prescription.

“How can I explain it? It’s just your body kind of gives you a warning with the high blood pressure thing that you may pass out, so I pulled over, stopped and I just rested myself until that feeling passed,” said Johnson, who underwent a successful kidney transplant in August 2017.

He did not explain, however, why he was driving home from a dinner engagement at 12:30 a.m., particularly on a day when he said he felt fatigued.

He also defended his driving home without being tested for whether he had been drinking, saying, “Someone asleep in a car doesn’t mean they’re impaired.”

But when she fired Johnson, Lightfoot told reporters she had reviewed the inspector general’s report into the incident as well as videotaped evidence that left her with no choice.

“I saw things that were inconsistent with what Mr. Johnson had told me personally and what he revealed to members of the public,” she said.

For months, the city declined to release the video and documents in response to Freedom of Information Act requests from media outlets including the Tribune on the grounds that Ferguson was still investigating, even after the Better Government Association sued.

The city’s Law Department on Monday did not respond directly to questions about when the records had been received from Ferguson.

The release of records on an incident that gripped the city last fall came as Lightfoot and police Superintendent David Brown, whom she picked to replace Johnson, are facing daily criticism about their handling of the city’s gun violence.