Home Blue Lines Buffalo police lieutenant suspended after being filmed cursing at woman who was... 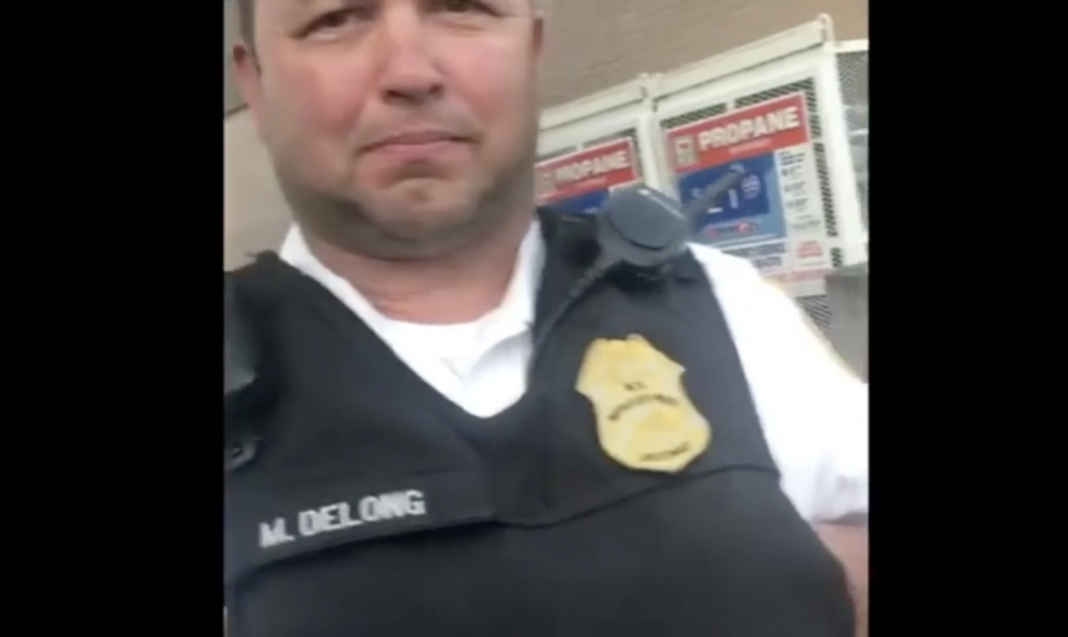 A Buffalo Police lieutenant has drawn so much attention to the Upstate New York agency that he has been suspended from the force and is under investigation.

Lieutenant Michael DeLong was suspended for his confrontation with a young woman named Ruweyda Salim, who was recording an interaction between BPD officers and a disorderly man.

When Lt. DeLong approached the woman, she complained that he was too close.

“Can you get away from me?” Salim asked.

“Move me,” he said, later telling Salim she was “a disrespectful little f***ing c**t.”

DeLong attempted to switch gears, explaining that the man -who was on drugs- and committed a violent crime.

“It doesn’t ma-ter,” Salim insisted, claiming there was no reason for so many officers to be there.

After a squabble, DeLong called the woman as  “a disrespectful little f***ing c**t” and walked off.

The duo eventually got back into a verbal squabble, and eventually DeLong starts making inquiries as to where Salim works.

Buffalo Police Captain Jeff Rinaldo told WGRZ that he spoke with Police Commissioner Byron Lockwood after he saw the video, and an investigation was ordered. DeLong has since been suspended without pay.

‘We Got to Vote Him Out’