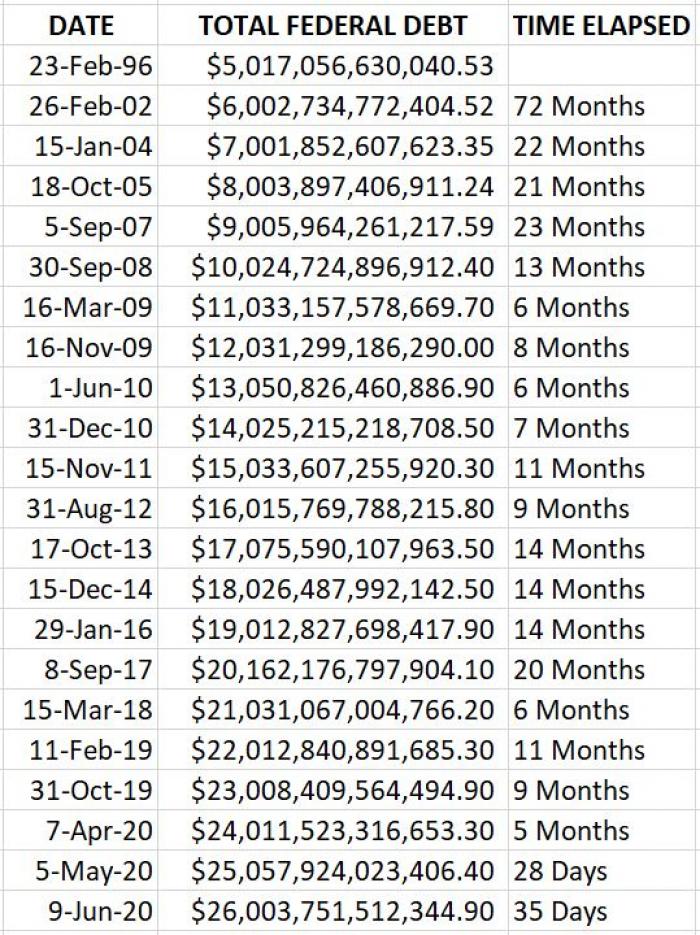 It then climbed another trillion dollars in just 28 days, topping $25 trillion for the first time on May 5.

Only 35 days had elapsed from when the debt topped that $25-trillion threshold on May 5 to yesterday, when it topped $26 trillion for the first time.

The chart below shows the date on which the federal debt surpassed each trillion-dollar threshold from $5 trillion to $26 trillion:

The business and economic reporting of CNSNews.com is funded in part with a gift made in memory of Dr. Keith C. Wold.