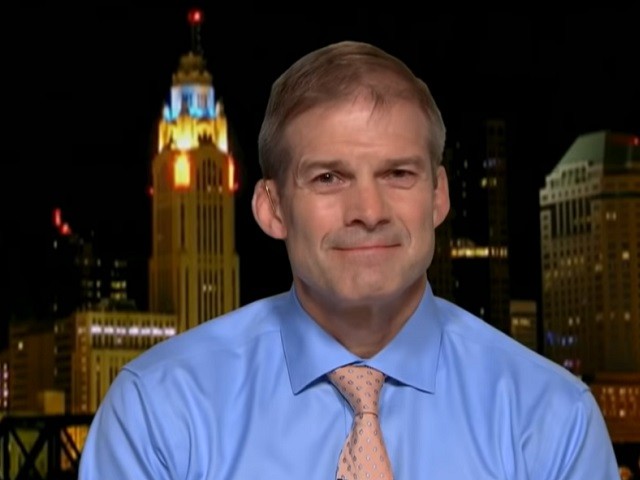 Saturday on Fox News Channel’s “Justice,” Rep. Jim Jordan (R-OH) reacted to former Deputy Attorney General Rod Rosenstein’s admission there was no sign of Russia collusion with the 2016 Trump presidential campaign during a hearing before the Senate Judiciary Committee earlier in the week.

Jordan said he drew the conclusion Rosenstein had caved to the “swamp” with his appointment of Department of Justice special counsel Robert Mueller to head a probe into the alleged collusion.

“So, that’s the frustrating part, Judge,” Jordan continued. “I said this earlier, but I think Rod Rosenstein just caved to the swamp. I think he was afraid to stand up to where everyone in that town wanted to go. Remember, every Democrat wanted a special counsel to keep going after the president. Everyone in the media wanted to do it except people like you, Judge. And there were a bunch of Republicans who wanted to do it. And Rod Rosenstein let it happen.