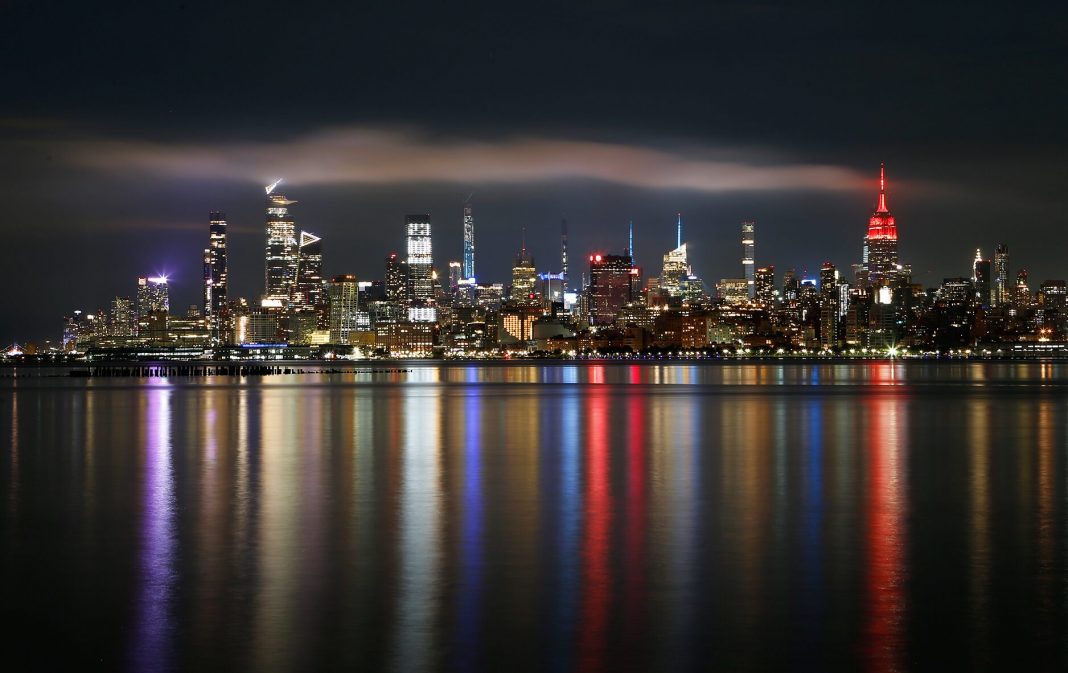 A city correction officer allegedly posted a sickening online parody of the George Floyd death photo — with the white worker shown kneeling on the neck of his union’s black president — resulting in his suspension Friday.

The image was posted Thursday to the Facebook page of city Correction Department driver Derrick Lascko and deleted later that day after an online uproar among jail guards.

The image superimposed Lascko’s face over that of white former Minneapolis cop Derek Chauvin, as Chauvin was caught on video with his knee to Floyd’s neck. In place of Floyd’s face was that of Elias Husamudeen, the president of Lascko’s union, the Correction Officers’ Benevolent Association. Floyd’s death after nearly nine minutes under Chauvin’s knee has sparked murder charges for the ex-cop and widespread protests.

Husamudeen is currently seeking reelection to his position at COBA’s helm; Lascko has been campaigning for the election of a rival candidate, his fellow union delegate Benny Boscio.

City Department of Correction Commissioner Cynthia Brann told The Post in a statement Friday that Lascko has been suspended over the photo.

“This is absolutely unacceptable and does not represent the values of our uniform staff and department as a whole,” Brann said. “An investigation is under way and the officer has been suspended without pay.”

“This is absolutely unacceptable and does not represent the values of our uniform staff and department as a whole. An investigation is under way and the officer has been suspended without pay.”

“Compassion, dedication to duty and the desire to ensure public safety are at the center of what it means to be a correction officer and this kind of behavior will not be tolerated under any circumstances,” she said.

A mayoral rep added of the image, “This is absolutely reprehensible.”

“I will not dignify this despicable and deeply offensive picture with a response,” he said.

Union member Dimetria Regan raged on Facebook on Friday, “What a Freaking Disgrace and Slap in the Face to Every African American and any one who is standing/kneeling with Us,” “What a DISRESPECT to the Floyd Family.”

Lascko did not return calls from The Post on Friday.

In a video posted to Facebook Friday afternoon, Lascko insisted without evidence that he’d never posted the image to his page. He claimed that the image was instead being spread around by the “Elias Husamudden camp to steal a election by tapping into your frustrations.”

But a day earlier, Lascko appeared to have defended the “meme” — calling it “satire.

“Elias Husamudeen & COBA has a problem with the way I tell the truth & how I show their faces,” he wrote.

“So you can match a face to the names. I’m putting myself in Facebook jail for keeping it real,” he wrote.

Husamudeen said in response to Lascko’s Facebook claim of sabotage, “I’m not surprised that instead of just apologizing he’s chosen to pretend he didn’t do it.”

City records show  that Lascko, who works for the DOC’s Transportation Division, has a base salary of $82,292. He has posted frequently on Facebook in opposition to Husamudden and in support of Boscio.

“I was livid,” Vincent Capers, president of the Correction Guardians Association, a black fraternal law-enforcement group, told The Post of seeing the doctored Floyd image on Lascko’s Facebook page.

“The city is in need of healing and unity, and behaviors like this can only cause further pain,“ the retired correction officer said, adding that his organization is demanding Lascko be fired.

Charles Billups, president of the Grand Council of Guardians, another black law-enforcement association, also said he saw the post on Lascko’s Facebook and called it “a total insult.

“With the sensitivity that is going on throughout the county and the world right now, that is a very bad sign of white privilege,” he said.

“We are denouncing this guy and want him fired. It was like someone putting the knee on my neck.”