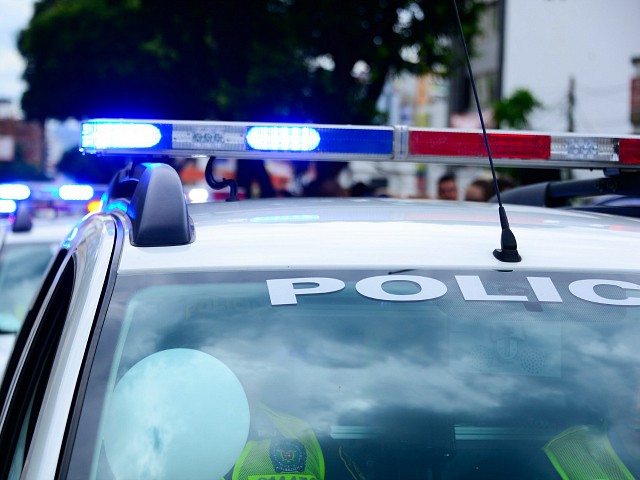 SANTA CRUZ, Calif. (AP) — A Santa Cruz County sheriff’s deputy was killed and two other law enforcement officers were wounded when they were shot Saturday while making an arrest, authorities said.

Sgt. Damon Gutzwiller was shot and killed in Ben Lomond, an unincorporated area near Santa Cruz, Santa Cruz County Sheriff Jim Hart said. A second deputy was injured, and a third officer, from the California Highway Patrol, was shot in his hand, Hart said.

Gutzwiller “was a beloved figure here at the sheriff’s office,” Hart said.

The suspect was shot during the arrest and is still being treated at the hospital, Hart said. He has not been booked yet. The Sheriff’s Department and the FBI are investigating.

About 1:30 p.m., authorities received a call about a suspicious van. The caller said they saw guns and bomb-making devices, Hart said.

When deputies arrived, the van left and the sheriffs followed. As deputies began investigating, they were ambushed with gunfire, Hart said.

After Gutzwiller was shot, the suspect confronted CHP officers and carjacked one vehicle and attempted to carjack a second vehicle.

Hart said “Damon showed up today to do his job, to keep this community safe, and his life was taken needlessly”

The sheriff’s office is asking the community to remain vigilant and is continuing to investigate if there are any others involved.

Resident Kathy Crocker brought a bouquet to the Sheriff’s office as Hart gave a news conference about the shootings.

“It just breaks my heart that this keeps happening,” she said, as teary-eyed deputies entered the building.

The shooting shocked the small community of Ben Lomond, a town of about 6,000 people tucked up in the Santa Cruz mountains.