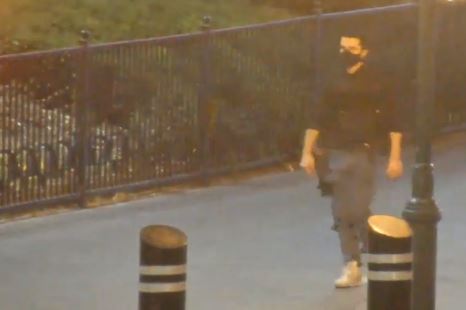 The Las Vegas Metro Police Department has released surveillance and body-cam video of the moments leading up to a fatal shooting of an armed protester on Monday night.

According to the Las Vegas Review-Journal, Jorge Gomez was participating in a Black Lives Matter protest near the Vegas strip on Monday evening. Gomez was armed with a rifle and openly carrying, though that is not illegal in Nevada.

He is seen antagonizing officers in body-cam video and then yells at officers and reaches for his weapon in another.

The four officers involved in the shooting death of Gomez were not wearing body-cameras. Those officers are not technically required to wear cameras as part of their daily jobs.

In all, 19 shots were fired. Officers found three loaded weapons on Gomez and he was wearing a ballistic vest.