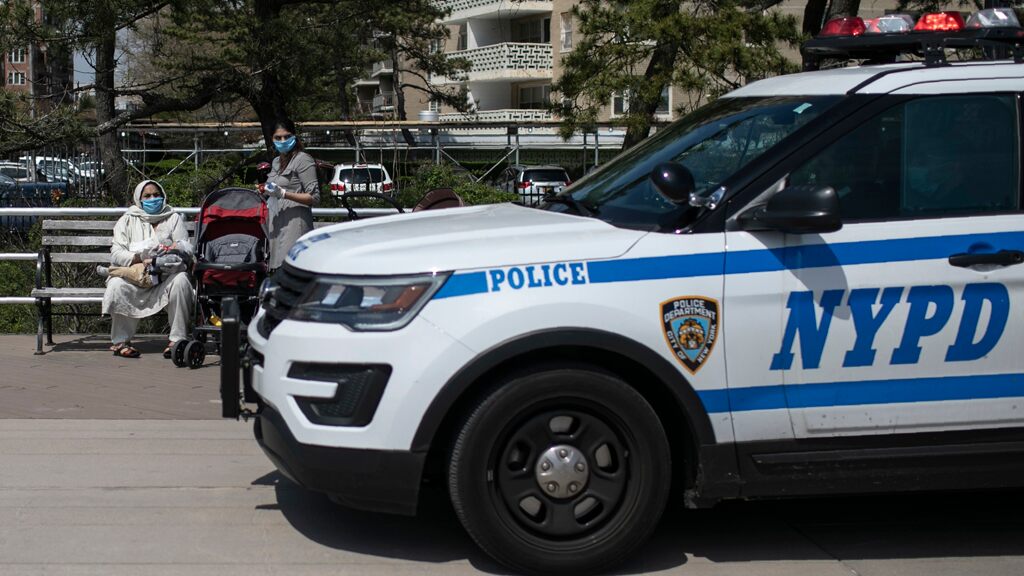 Two New York City police officers were suspended without pay Friday after videos emerged showing them in violent confrontations with George Floyd protesters, according to reports.

Police officers are seen walking away while the woman appears to writhe in pain in the street after apparently striking her head against a curb or the pavement.

“While the investigations have to play out, based on the severity of what we saw, it is appropriate and necessary to assure the public that there will be transparency during the disciplinary process,” city police Commissioner Dermot Shea said, according to NBC News.

Police investigators are examining “other matters” as well and pledged to be transparent with their findings, the NYPD statement said.