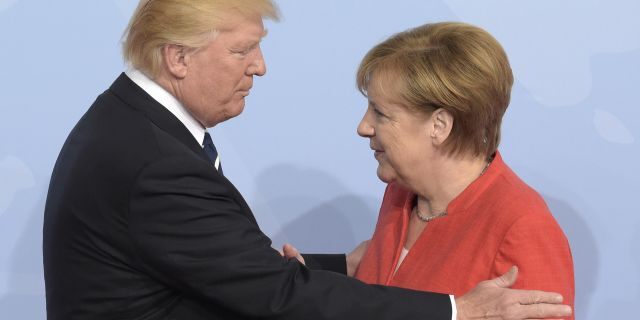 President Trump has directed the Pentagon to remove thousands of American troops from Germany by September, a move that would dramatically reshape the U.S. military posture in Europe and reflects growing tensions between Washington and Berlin over military spending and other security issues, U.S. government officials said Friday.

The removal order would reduce the U.S. troop presence in Germany by 9,500 from the 34,500 service members who are permanently assigned there. It would also cap at 25,000 the number of American troops in Germany at any one time. Under current practice, overall troop levels can rise to as high as 52,000 as units rotate in and out or take part in training exercises.

The decision drew criticism from some former senior defense officials and lawmakers concerned that it would further weaken a key alliance and empower U.S. adversaries. Moscow is likely to welcome the open display of differences between two key North Atlantic Treaty Organization allies, U.S. experts said, though Russia didn’t comment publicly on the development.

One senior U.S. official said that the administration has been discussing the move since September and that it isn’t linked to German Chancellor Angela Merkel’s decision not to attend a G-7 meeting Mr. Trump was to host in Washington at the end of June.

But the official acknowledged that it reflected the Trump administration’s long frustration with German policy, especially the nation’s level of military spending and its insistence on completing the controversial Nord Stream 2 pipeline that will channel Russian gas directly to Germany under the Baltic Sea.

This story continues in The Wall Street Journal.