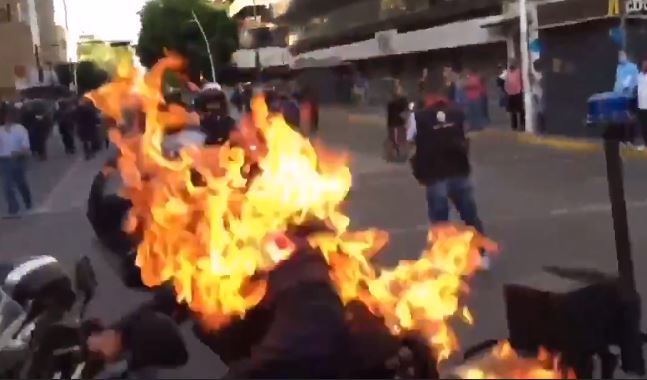 Protests against police brutality in Mexico took a chaotic turn on Thursday. A viral video shows a protester pour lighter fluid on an officer, and then igniting the flammable liquid in an attempt to burn him.

According to KOLD, the incident happened in Guadalajara. The clash between the protesters and officers started after a man died while in police custody last month.

No word on the officers injury.

In the video, you can see other officers quickly circle around the man on fire so he can put the flames out and keep the protesters back.

The protesters say the man who died was beaten and arrested for being out in public without a mask last month. Video of that graphic arrest was published on social media.

Protests against law enforcement have grown across the world as nations watch the U.S.