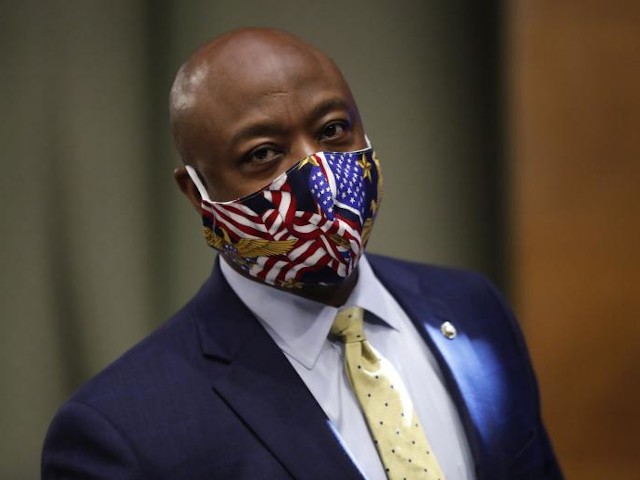 Friday on CNN, Sen. Tim Scott (R-SC) said the Trump administration ordering law enforcement to clear out protesters from Lafayette Square before President Donald Trump’s visit to St. John’s Episcopal Church was “not appropriate at all.”

Host Erin Burnett said, “I want to ask one more point about the president’s handling of this, it is important. That is outside the White House when protesters were peacefully exercising their rights. There were rubber bullets and tear gas. They were disbursed so he could go for the pictures, photo op at the church. General Mattis, a four-star general with many senior military leaders, spoke out. ‘Never did I dream troops would be ordered under any circumstance to violate constitutional rights of citizens, much less for a photo op for the commander in chief with military leaders alongside.’ Do you agree with General Mattis?”

Scott said, “I would say no question the scene that I understand occurred from with the tear gas and rubber bullets was unnecessary, not appropriate at all. The president’s response was that he had no clue about that. I have to take him at his word. I believe that ultimately we should spend more time focusing how to help peaceful protesters exercise their rights. In my opinion, people like John Lewis helped all of us recognize the systemic challenges we had in society that led us to a place where you and I can have this conversation.”