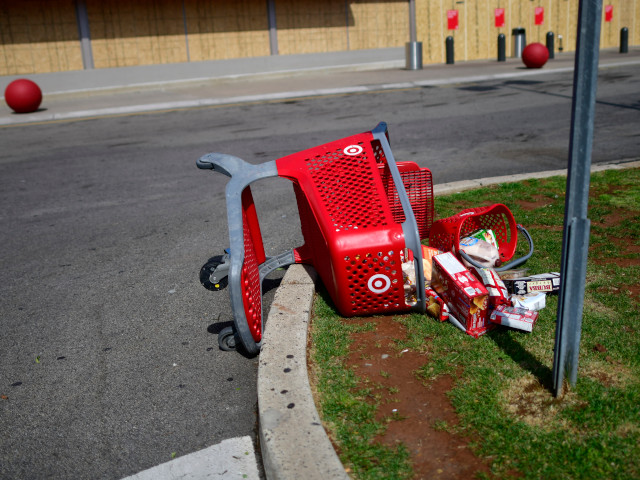 A man was arrested Friday after allegedly crashing his vehicle into a Hammond, Louisiana, Target store and planting what are believed to have been fake explosive devices, law enforcement officials said.

That suspect, 41-year-old Walter Allbritton III of Ponchatoula, is seen plowing his SUV into the Target before and subsequently dropping a suspicious package on the store’s floor, according to Hammond Police Chief Edwin Bergeron.

The packages, which were also discovered at three nearby locations, were found not to be explosive upon inspection by bomb technicians.

“We know for sure at this point that the package at Sanderson Farms was not a bomb,” Bergeron told reporters. “It was built to look like one, but it was not.”

Video of the incident was shared to social media.

This happened in Target in Hammond Louisiana. pic.twitter.com/gqOjlDKB1t

Police believe Allbritton acted alone, but he is still being interviewed by detectives.

“Not sure why he did it at this point,” Bergeron said. “He is being interviewed at this time.”

“That’s based on some very preliminary information I got just before I walked out, although, I don’t entirely rule that out,” Edwards said in a press conference. “I think there may have been another cause for this. Obviously, not one that’s justified, but it could have been motivated by something totally different.”

One individual experienced minor cuts from glass and was later released from the scene.