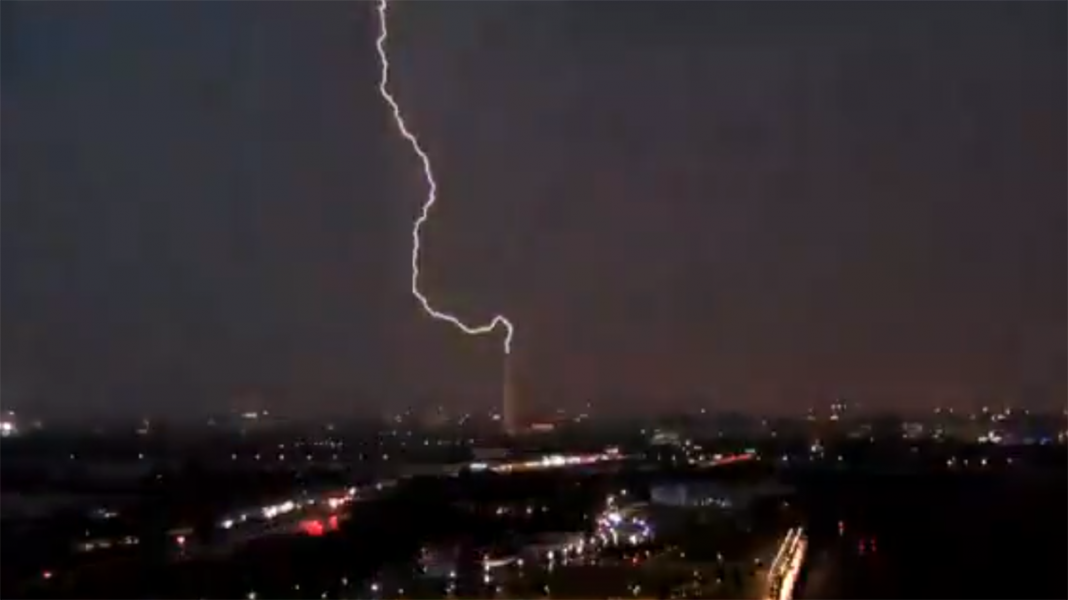 A Washington, D.C. news station’s sky camera captured an incredible video of lightning striking the Washington Monument during a thunderstorm in the city Thursday night.

“INSANE video from our @wusa9 SkyCam WOOOOOW,” WUSA-TV tweeted during the storm.

The stormy weather came as protesters calling for an end to police brutality after the death of George Floyd, a black man killed by a white officer in police custody, continued to demonstrate near the White House.

Many commenters compared the lightning symbolically to tensions between protesters and the White House.

“It might be George Washington raining down brimstone and fire cos’ he’s angry about the state of the union,” one user wrote.

The capital was also under a flash flood watch Thursday evening.