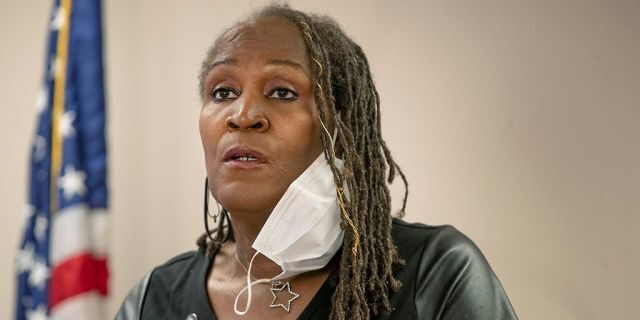 Get all the latest news on coronavirus and more delivered daily to your inbox. Sign up here.

Members of the Minneapolis City Council  pledged to “dismantle” the city’s police department in the wake of worldwide protests over the killing of George Floyd.

Council President Lisa Bender joined several other members in promises to drastically change how public safety is upheld in the city.

“We are going to dismantle the Minneapolis Police Department and replace it with a transformative new model of public safety,” Bender tweeted.

Bender Joined colleagues like Jeremiah Ellison, who said reforms to the department are not enough.

“And when we’re done, we’re not simply gonna glue [the department] back together,” tweeted Jeremiah Ellison. “We are going to dramatically rethink how we approach public safety and emergency response.”

At least two other members of the 13-person body have also endorsed drastic changes to policing in the city after Floyd died when Minneapolis officer Derek Chauvin knelt on his neck during an arrest on Memorial Day. Chauvin and the three other officers assisting in the arrest have been fired and charged with felonies.

Bender told the Minneapolis Star Tribune that she envisions replacing a traditional police department with a broader, more holistic public safety department geared toward violence prevention and community services. Social workers or medics could respond to situations once handled by police, she said.

City Council Vice President Andrea Jenkins sings Amazing Grace during a news conference Thursday, May 28, 2020 in Minneapolis, Minn. Violent protests over the death of a black man in police custody rocked a Minneapolis neighborhood for a second straight night as angry crowds looted stores, set fires and left a path of damage that stretched for miles. The mayor asked the governor to activate the National Guard. (Elizabeth Flores/Star Tribune via AP)

But Mayor Jacob Frey said he’d support “deep, structural reforms” to the department but not a complete abolishment of the agency, the paper reported. And support for such a vision among Council members is not yet clear.

The body does plan to begin voting on legislation targeting the department beginning Friday, according to the Star Tribune. The Council plans to vote on legislation that would set a timeline for the state’s investigation into whether Minneapolis police engaged in racial discrimination over the past decade.

The major changes to the police force won’t come any time soon, though. Bender said discussions would ramp up later this year or next.

“To do this kind of big work, we need a deeper, broader conversation than we’ve ever had before,” Bender told the paper. “We need white people like me and my neighbors to show up in a different way.”