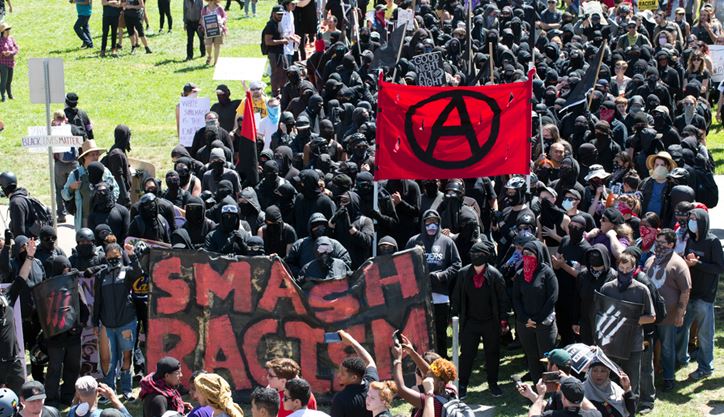 President Donald Trump said Sunday that he was designating Antifa as a domestic terrorism organization after another night of violent protests over racism and police violence erupted in cities across the nation.

The practical effect of the president’s declaration was unclear. While domestic terrorism is defined in the 2001 Patriot Act bill — and law enforcement could use the designation to seek enhanced powers to investigate members of the group — there are no current designated domestic terrorist organizations.

“The violence instigated and carried out by Antifa and other similar groups in connection with the rioting is domestic terrorism and will be treated accordingly,” Attorney General William Barr said in a statement.

For the president, the symbolic gesture was the latest in an increasingly provocative series of responses to protests that have broken out in the aftermath of the death of George Floyd, an unarmed black man, in Minneapolis police custody.

The National Guard was deployed Saturday in more than a dozen states and the District of Columbia, with mayors in cities across the country enacting curfews and pleading for calm.

Trump also tweeted that Minnesota authorities should have immediately called in the National Guard to address protests, and blamed members of the media for unrest.

Critics have said the president has fanned the flames of unrest in a series of statements and tweets. On Saturday, Trump threatened to unleash the “unlimited power” of the U.S. military on demonstrators, despite legal restrictions on domestic activity, and defended the “overwhelming majority” of police whom he said are “incredible in every way.”

“No one is more upset than fellow law enforcement officers by the small handful who fail to abide by their oath to serve and protect,” the president said.

Trump also threatened protesters outside the White House with “vicious dogs” and “ominous weapons,” while inviting his supporters to demonstrate there on Saturday night. That prompted concern of possible clashes between protesters and Trump’s backers. While a pro-Trump contingent didn’t materialize, hundreds of protesters circled the White House while smaller groups looted nearby stores and restaurants, and lit fires in the streets.

Trump last year had threatened to designate Antifa as an “organization of terror” after leftist demonstrations made public their plans to confront a group of far-right activists with links to the 2017 white supremacist rally in Charlottesville, Virginia.

A pair of Republican senators — Bill Cassidy of Louisiana and Ted Cruz of Texas — have also advocated for congressional action that would symbolically designate Antifa as a terrorist organization.