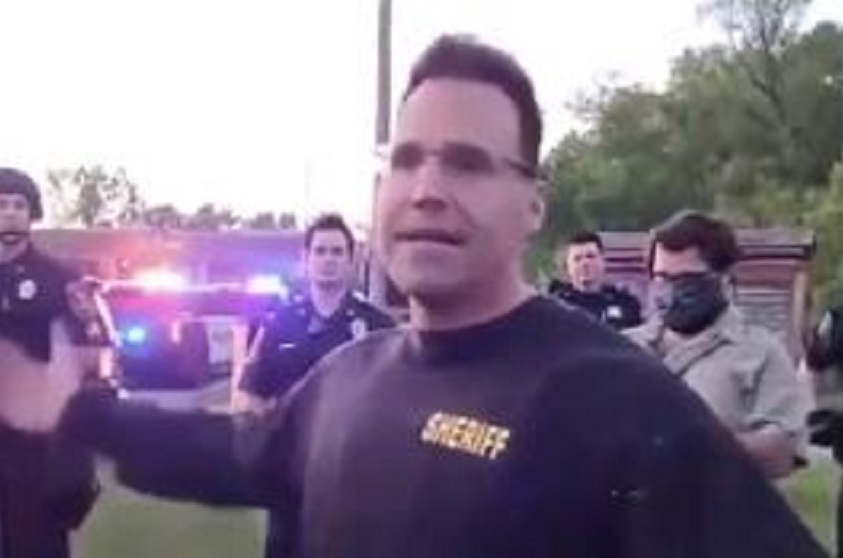 The Genesee County Sheriff, where Flint, Michigan, one of the deadliest cities in America, sits, decided not to control a crowd of protesters during Saturday night’s event, but instead took off his riot gear and walked with them.

According to WEYI, Sheriff Chris Swanson and his deputies were lined up in riot gear to protect the Flint Township Police Department. As the group of protesters began to close in on them, Sheriff Swanson stepped forward and removed his helmet to talk to the crowd.

After a few minutes, Sheriff Swanson removed the rest of his gear and engaged with the crowd further, telling them that his deputies loved the protesters. He even singled one of his deputies out saying, “he loves to hug.”

He asked the crowd what it would take for them to remain peaceful, which prompted a change of, “Walk with us.”

Sheriff Swanson and the rest of his men then joined the few hundred protesters and walked away from the police station and down the main road. They eventually peacefully dispersed when they arrived near city hall.

The rally in response to George Floyd’s death remained peaceful and there were no reports of violence or looting Saturday night in Flint Township.