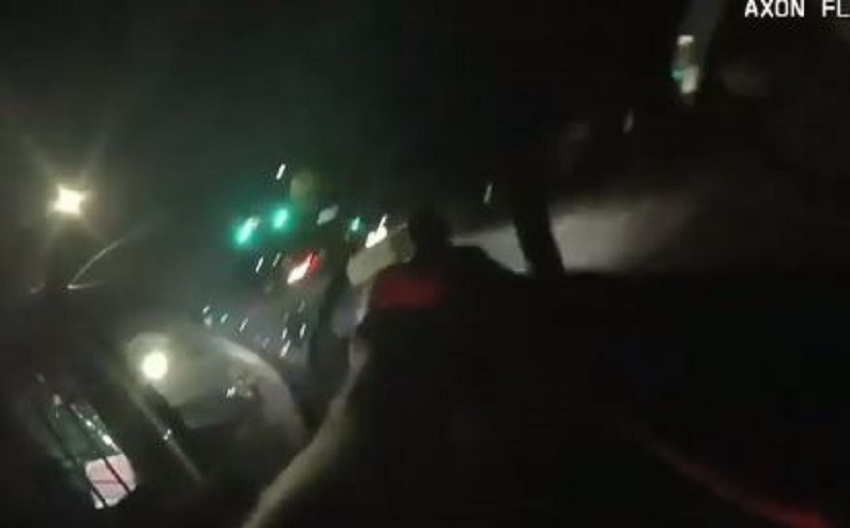 The man who was fatally shot by two Modesto Police officers on Monday night had told people he wanted to get into a high speed chase with police and use a fake gun to make officers shoot him, according to Modesto Police.

Reymar Gagarin, 35, of Modesto, had that fake gun when he approached two officers at a red light at Orangeburg and Elsen avenues, according to a statement by Chief Galen Carroll and body camera video of the shooting released Friday afternoon.

Field training officer John Carrico, a 16-year-veteran of MPD, and his trainee Ryan Owens, who has been with the department for eight months, were on their way to an unrelated call when they were approached.

Owens, who was driving, accelerated away from the suspect, then made a U-turn. When they got out of their patrol car the suspect pointed the handgun at them, Carroll said.

Both officers fired. At least eight shots can be heard in the video.

Before the shooting, Carrico can be heard in his body camera footage telling the man to “get down.”

In the minute and 45 seconds that follow the shooting, the officers yell at Gagarin to get his hands up, get on the ground and stay on the ground.

At one point Carrico tells Ownes to reload, then moves to a different vantage point behind a tree.

The video ends with body camera video of officers approaching Gagarin as he lays on the ground, and retrieving the gun before medical personnel are cleared to enter the scene.

Gagarin was taken to a hospital, where he died

“This is a tragic situation for both the Gagarin family, and the officers involved,” Carroll said.

The Stanislaus County District Attorney’s office is conducting a separate investigation into the incident to determine whether it was justified.