Home Breaking News We Will Move RNC Convention to a More Open State ‘if Needs... 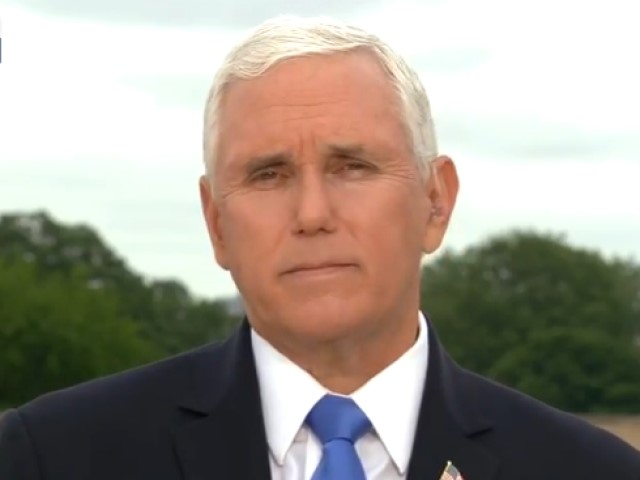 On Monday, President Donald Trump put out a series of tweets pointing to North Carolina Gov. Roy Cooper’s (D) uncertainty about how much longer his state will be shut down due to the coronavirus, which could cause issues with Charlotte hosting the Republican National Convention in August.

Not long after the president’s tweets, Vice President Mike Pence on FNC’s “Fox & Friends” shared some more insight into Trump’s tweets about the possibility of moving the convention.

Pence said the Trump administration has been weighing the issue about moving to a state that is further along in reopening, but they are still working with Cooper because they “want to be in Charlotte.”

“It’s an issue we’ve been talking about, Pete, because these national convection conventions literally take many months to organize and prepare, and you know, there are states around the country — we think of Texas, we think of Florida, Georgia, the last two states I visited last week that have made tremendous progress on reopening their communities and reopening their economies, and I think the president is absolutely intent on ensuring that as we see our nation continue to make steady progress on putting the coronavirus epidemic in the past, that come this August, we’ll be able to come together in a safe and responsible venue and renominate President Donald trump for four more years,” Pence stated.

He continued, “But what you’re hearing the president say today is just a very reasonable request of the governor of North Carolina. We all want to be in Charlotte. We love North Carolina, but having a sense now is absolutely essential because of the immense preparations that are involved, and we look forward to working with Governor Cooper, getting a swift response, and if needs be … moving the national convention to a state that is [further] along on reopening and can say with confidence that we can gather there.”

CBS Commits 25 Percent of Development Budget to ‘Black, Indigenous, and People of Color’

Narco-Terrorist on Most Wanted List Captured in Mexican Border State