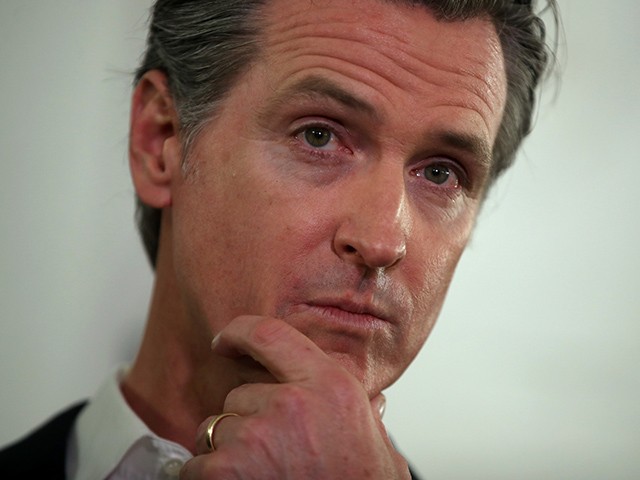 The Republican lawsuit joins an earlier lawsuit filed by former Rep. Darrell Issa (R-CA), who is running for Congress again, and by voters from different parties, who allege that Newsom violated the provisions of the U.S. Constitution as well as state law by acting outside the state legislature and county governments in mandating a vote-by-mail election.

Padilla declared: “California will not force voters to choose between protecting their health and exercising their right to vote.” However, the state will still provide in-person voting options, seemingly defying the logic of Newsom’s order.

The Republican group’s lawsuit points out that the Constitution explicitly delegates the power over congressional elections, as well as the selection of the Electoral College to choose the president, to the legislatures.

Moreover, in his haste, the Governor created a system that will violate eligible citizens’ right to vote. By ordering that vote-by-mail ballots be automatically sent to every registered voter—including inactive voters, voters with invalid registrations, voters who have moved, voters who have died, and voters who don’t want a ballot—he has created a recipe for disaster. No State that regularly conducts statewide all-mail elections automatically mails ballots to inactive voters because it invites fraud, coercion, theft, and otherwise illegitimate voting. Fraudulent and invalid votes dilute the votes of honest citizens and deprive them of their right to vote in violation of the Fourteenth Amendment.

The complaint also cites the report issued in 2005 by former President Jimmy Carter (D) and former Secretary of State James Baker (R), Building Confidence in U.S. Elections, which found “the largest source of potential voter fraud” is absentee ballots. It also cites independent, nonpartisan studies that show as many as one in eight voter registrations nationwide is invalid, leading to the possibility that other people may vote in the place of a legally registered voter.

It adds: ‘These risks are compounded by the practice of ballot harvesting—that is, coordinated efforts to have third parties collect absentee ballots from voters and drop them off at polling places or elections centers.” California is the only state to legalize mass-scale ballot harvesting — largely to Democrats’ advantage and Republicans’ disadvantage — and Speaker of the House Nancy Pelosi (D-CA) has tried to use coronavirus relief bill to impose it nationwide.

Much of the push toward all-mail voting has been driven by litigation initiated by the Democratic Party. The Democratic National Committee, state Democratic parties, and several affiliated groups have filed lawsuits across the country to force a hurried transition to no-excuse mail-in voting, eliminate voter-identification requirements, and remove other existing safeguards. Democrats pushed these changes long before COVID-19 because they believe that the resulting free-for-all will help their electoral prospects. Unable to persuade legislatures to adopt these changes, Democrats have turned to the courts, arguing that COVID-19 means that their preferred changes are now mandated by the Constitution. Indeed, according to the Democrats’ top lawyer, “If [these lawsuits] gain 1 percent of the vote [for Democrats], that would be among the most successful tactics that a campaign could engage in.”

It goes on to cite problems with vote-by-mail in Nevada and New Jersey, with ballots lost or sent to the wrong people.

Roughly two-thirds of Californians already vote by mail, through requesting mail-in ballots, but the complaint argues that the sated is ill-equipped to make the system universal, given problems with its voter rolls and glitches at the DMV that resulted in ineligible people being registered in the 2018 elections because of Democrats’ rush to implement the “motor voter” system.

Finally, the complain notes that Gov. Newsom has said publicly that the state’s situation relative to the coronavirus is improving, and there is no reason to believe the emergency will still exist by November.